Here's Why Every Sports Enthusiast Should Try Under Armour Headphones In 2021! 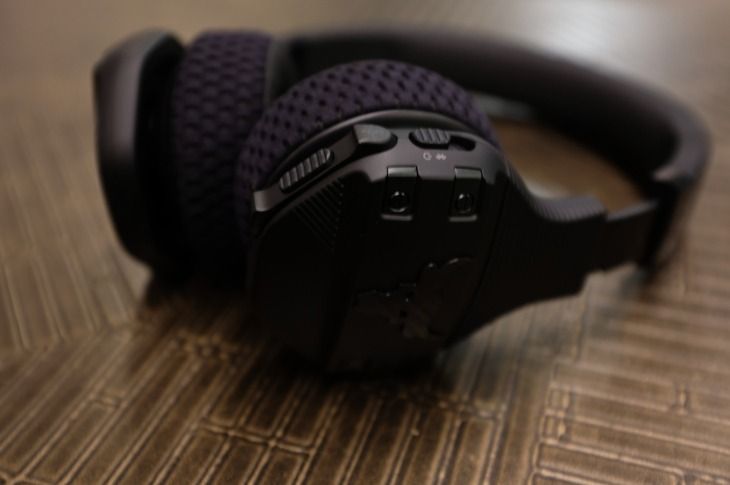 As we are moving forward, gadgets, technology and everything keep on updating. Earphones were a preferred medium to hear music, lectures, etc. earlier when headphones were not introduced in the gadget market. Even after the arrival of headphones, people seemed to prefer earphones due to the price barrier and less choice available in the market. Flash forward to today, there are many brands that have come up with different kinds of headphones at reasonable prices. The demand for headphones has taken over the demand for earphones in the market.

What Comes in the Box of Under Armour Headphones?

The under armour headphone comes in a very classy and minimal packaging. The box is of dark shade of black, almost the same shade as of the under armour headphones so that they completely match with the earphones. Remove the black cover and the headphones are kept inside a black rectangular case carrying the under amour logo on it. Along with the headphones inside the black case, there is also a charging cable, an auxiliary audio cable and a quick small guide.

Coming to the headphones and their details, the power button is actually a toggle switch as well. You need to hold up the switch in its place for two seconds before you turn the power on. Once you switch them in, they automatically turn on their pairing mode with which you have to pair them with your mobile phone via Bluetooth manually. Moreover, the under armour headphones support the Bluetooth 4.1 version. So if your device has a version higher than that would not be able to pair up these headphones.

The Design of the Under Armour Headphones

Next, we move on to the design of the under armour headphones. These headphones have a pretty modern design for an on-ear and sports-focused product. Apart from this, there are not many differences in the design. Each headphone carries the logo on each of the earcups. The headphones weigh somewhere around 240 grams making them a little heavier than the normal headphones. So if weight is something that bothers you, then you should note it before going for it.

One speciality due to which these under armour headphones are considered perfect for sports is the tightness they offer which makes their falling impossible while doing strenuous exercises or intense running. Now at the same time, if you wear them for a longer period, then your ears might start to pain due to the tightness, leaving an uneasy feeling.

JBL has also introduced the rock version of the under armour headphones that have challenged the traditional set of earphones. The headphones that are under the rock version come with a selective Dwayne ‘The Rock’ Johnson. The under armour headphones rock are quite durable, breathable, compact and hygienic. They have long battery life and a speedy charging system that can convert minutes of charging into an hour of playback.

The under armour headphone rock has an IPX4 rating which means that it is water-resistant. The headphones also fold themselves in order to fit in small spaces and also come in a moulded case that can be carried in your hands easily. The over-ear headphones are said to be more immersive than the previous earbuds and sit comfortably over the ears.

According to the company, the audio in the headphones was tuned by Dwayne Johnson himself so as to amplify the bass of the earphones. For the bass heads, the custom EQ by Dwayne Johnson and bass emphasis on the default frequency is the biggest plus point. For commuters and travellers, they have the benefit of long battery life along with an optional headphone jack that has an onboard noise cancellation feature. For the audio tinkerers, the under armour headphone jack with the JBL app can be a big option to play with the custom EQ. The water resistance can also benefit the gym-goers due to the sweat that will get accumulated in the headphone. Its washable feature is specially made for this reason.

Is your Armour Headphone Light not Turning?

If your armour headphone light is not turning on then the first thing you should do is to reset it. Hold down the button for around two seconds and put the armour headphones in their case. Repeat this step a couple of times until they start charging.