Steam Broadcast Not Working: Learn How To Fix It 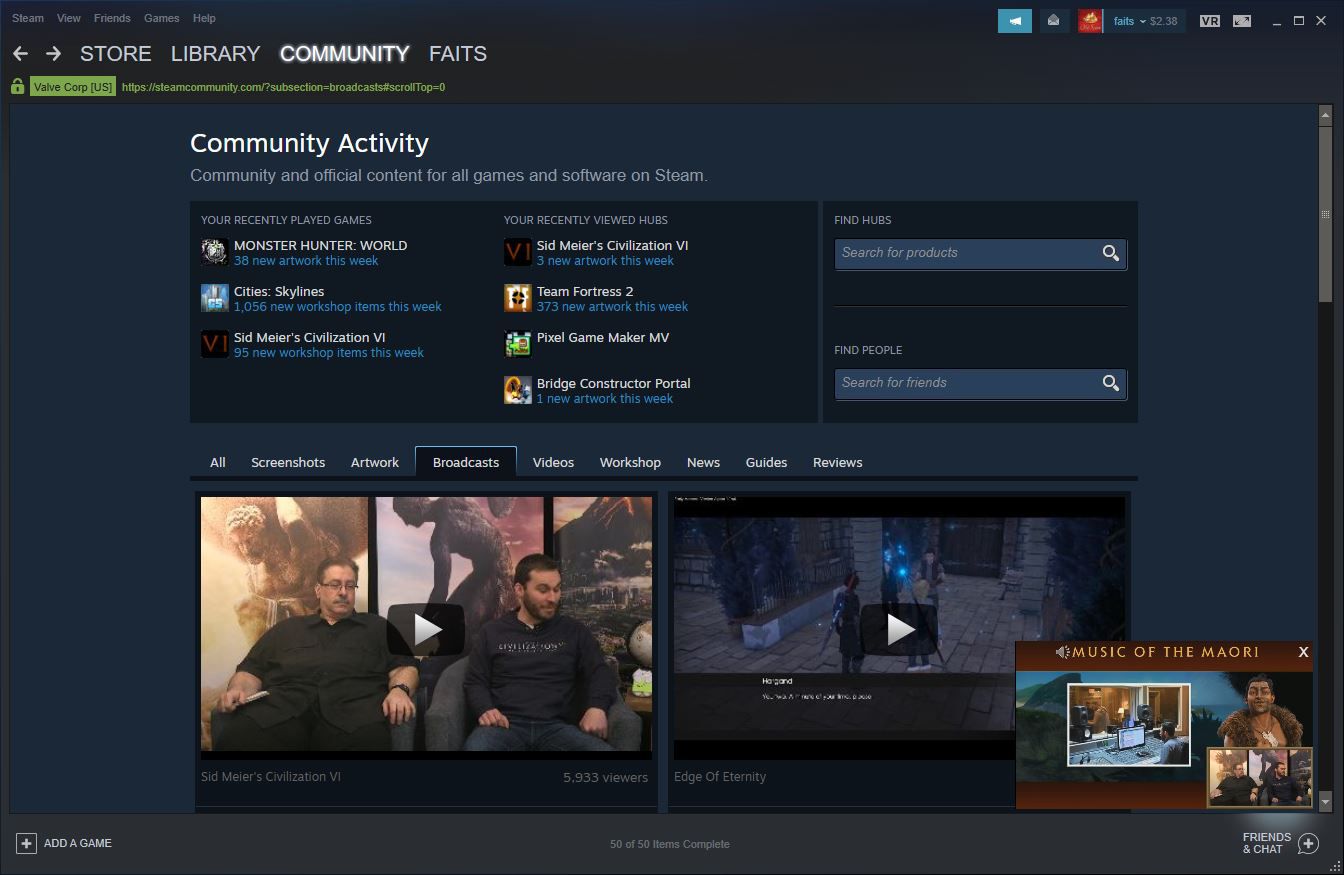 Steam is a digital video game distribution service provided by Valve and was launched in September of 2003. It offers a gaming platform where the games can be updated automatically, as it is an online-based and mobile-based digital storefront. It also allows the games of certain third-party publishers based on the terms and conditions.

Also, check out: Having Problems With The Steam Broadcast? 7 Quick Fixes

In this article, we will check out the features of Steam and deal with the steps to be followed to solve one of the most common glitches faced, which is Steam broadcast not working properly or Steam broadcast stuck on loading. The different causes and their respective solutions will also be discussed.

In order to understand about the features and services provided by Steam let us first check out its uses or purpose in the field of entertainment. Steam is a software that provides a free API, that is, an Application programming interface known as the Steamworks, especially for the developers. This helps to add features like in-game achievements, small transactions, creation of user-friendly content, etc. along with these other Steam functions that can be included in their products by using the Steam workshop. It is compatible with Microsoft Windows, macOS, Linux operating systems. The mobile applications can be used on iOS, Android, and Windows phones since 2010. Other prominent features that Steam provides are settings to add game soundtracks, animations, films, hardware, and software tools.

Steam broadcasting is a feature that allows the users to watch the entire game instead of installing other applications. It can also be used to watch the games played by your friends on Steam or let others watch yours by broadcasting the game. This is possible as Steam would When the user browses other windows then the viewers cannot watch it but even this setting can be changed by the player broadcasting the game. This feature requires a powerful computer, proper connectivity, and internet speed. In case of any issue in broadcasting the main causes could be faulty hardware, changes made in Steam settings, or issues related to the Steam platform itself.

Steps To Set Up A Broadcast

Once you begin to play a game using Steam, your friends can ask permission to watch the game by sending a request. Once the request is sent the broadcasting settings can be accessed.

The user can also send a request to watch their friend’s game or send an invite so that they can know when the game is being played and join accordingly. To invite friends to watch you play the game, choose the Invite to Watch option from the drop-down menu next to the Friends list.

When a request is received for the first time from a friend, the broadcasting settings would open and the list of friends can be created or left open for public broadcast. Using the same settings, the broadcasting feature can also be disabled.

Let us check out the causes that either would not allow the broadcasting or get stuck while loading.

If you cannot rectify the error affecting the functioning of Steam then check out the Steam settings as the Broadcasting option might be turned off. Here are the steps to check the Steam broadcast settings and make changes to them.

Open the Steam settings and scroll to the Broadcasting settings.

Turn on the setting if not done already and choose the Friends list, or public viewing option to begin broadcasting your game amongst the selected audience.

Once broadcasting begins, it would be indicated at the top right corner of the screen. If the issue persists, then try changing the quality resolution of Steam in the settings. If all these solutions did not help then try re-installing Steam and then check for the functioning of the feature. Other solutions that might help to resolve this issue are:

Shifting to a wired Ethernet connection

Try using Ethernet connectivity instead of Wi-Fi as Ethernet is connected directly to the device, is comparatively faster and much more reliable. This makes it ideal for broadcasting and streaming the recorded game. If ethernet is not available then shift closer to Wi-Fi so that the signal strength is improved.

This is the last solution that must be opted if all the above-mentioned ones failed. This involves rebooting your router or modem by either unplugging them and using it to establish a new connection or fix them if any issue is identified. Plug the router back after about 30 to 40 seconds and check whether the features of Steam are functioning properly or not. You can also try using all the fixes mentioned here at a time, that is, check the internet speed, connectivity strength, try rebooting the device and router and check the Steam settings to make changes accordingly.

All of these fixes are secured and easy hence one need not worry about damaging their system or losing the software functionality.

In this article, we have covered everything about the Steam broadcast not working and the causes behind this error. Hope this guide was useful for you to check and rectify the Steam watch game not working or broadcast error and enjoy watching or allowing others to view the game easily!