The Significance Of Water Cooling Mechanism In Phone Explained! 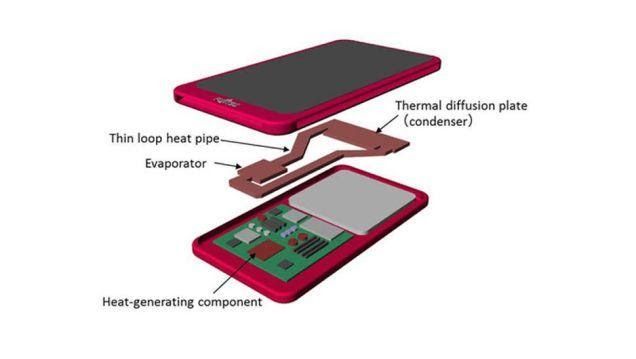 Modern smartphones are an incredible invention of technology. With CPUs and GPUs, they are more capable than PCs, but, as a result of all this power in such a small space, keeping the hardware cool has become a real challenge.

Most manufacturers thought outside the box to find a proper solution to keep the phones running cool as the performance ramped up. Water cooling seems to be the ultimate solution in such a case. It’s not the same as the water cooling process used in PCs as there is no actual liquid flowing through the phone’s system.

In this article, we are going to discuss how does water cooling work on a phone.

Cooling by the usage of liquids like water, deionized water, glycol – water solutions, fluorocarbons, and other dielectric fluids in smartphones for dissipation of heat is known as water or liquid cooling.

It is preferred over air cooling systems as this is much more effective. The CPU uses separate fans for each component such as CPU fan, graphics card fan, etc but in water cooling, there are heat sinks and the liquids travel in vaporized form.

Why Is Water Cooling Important

Water or liquid cooling on a phone is important as it reduces the problems caused by the heating of the device. The system is protected from a decrease in processor speed that would affect the overall performance of the smartphone, especially if it’s a gaming phone. Many brands have recently been highlighting this feature, but this mechanism is being used over a long period in PCs, laptops, etc.

Some of the reasons why water cooling, or prevention of phone’s heating, is important are listed below:

How Does Water Cooling Work In A Phone

The traditional way of cooling involves the transfer of heat dissipated to the heat sinks via conduction. Earlier, the heat dissipation was conducted through a metal radiator followed by a replacement with graphite.

This was later replaced by the water-cooling technique as the process of heat transfer by convection of fluids is faster than conduction.

~ Addition of a copper layer between the pair of thermal spreaders. This results in better heat transfer.

HONOR has this unique design of heat pipe that flows in the shape of ‘S’.
This enhances its function as it runs close to all major components in the phone.

Let us take a look at its functioning:

Heat conduction gel: This gel helps in the process of heat removal in a better way as it has high thermal conductivity.

Components: It consists of a total of 11 heat dispersion parts or components. Another feature is AI SoftCooling Technology.

Also read: Know How To Stop Phone’s Screen From Turning Off (techsunk.com)

What is AI SoftCooling Technology

This technology is an add-on to its previous version, thereby taking it to the next level.

Other examples of brands that have implemented a water-cooling mechanism are:

Also read: Android 11: Features And Reviews You Must Know (techsunk.com)

Now that we have an idea about how water cooling works on the phone, let us proceed to know more about what the reality is, that is, whether this is entirely good or has few glitches.

Since we are using this technology inside the phone, neither can we expect the surface area to be large nor can we expect it to be having a circular diameter, as it would be a bit flat according to the phone’s structure.

Hence, this points out that the convection process would be difficult.

So, in this article, we have seen the various aspects and facts about water cooling or liquid cooling in phones. Hope it was useful for you to know about the technology as well as the brands that have equipped their gadgets with it.