Signal Vs Telegram: Which Is The Better Alternative To Whatsapp? 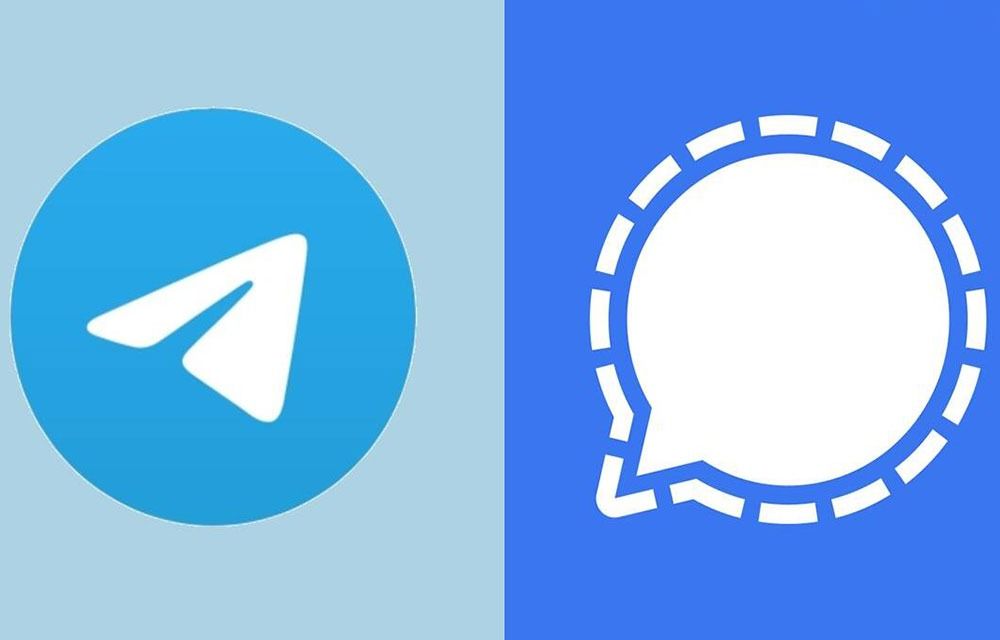 In the past few days, Whatsapp, one of the most popular messaging apps, has been in the news because of the privacy havoc it created by updating its privacy policies. The messenger app is losing its users at a very high speed because of the same. Signal and Telegram, the two messenger apps are known to follow some good privacy policies. The two platforms are consequently witnessing a sudden surge in installations. The signal app, instead, has climbed to the top free messaging apps category on the App Store in India.

Telegram app is also growing at an impressive rate. And because of its API feature, there are plenty of methods that developers can implement as part of their projects. In today’s article, we will tell you the difference between the two and which one is better?

Why you should stop using WhatsApp Messenger?

As stated on a circular of WhatsApp’s new privacy policy, the messaging platform will mandatorily share users’ data with Facebook. This will get into effect on February 8th. Whatsapp users have no option but to accept the changes unless they wish to stop using the app.

We have mentioned a few features of Signal and Telegram and we will tell you which one has superiority over whom.

Communication options on the platforms

Both of them offer basic chatting features, that includes messaging, and voice or video calling, but both are unique in their ways. Telegram platform allows you to create groups of up to 200,000 users, while Signal has a unique option to text to yourself. It is somewhat like a mini notes app if you want to yourself to be reminded for something later.

Moreover, the Telegram app offers polls, hashtags, quizzes and bots system for an enhanced activity other than a huge group limit. You can also add up multiple accounts in the platform, while both of them offer group voice and video calling.

Security is one of the important feature for Millennials and even for the other elder people. On the Telegram messenger app, your information like messages, media, and Telegram calls are end-to-end encrypted employing the MTProto protocol. The company have also claimed that if anyone can hack into your chats, they will reward an amount of $300,000 to that person.

On the other hand, Signal messenger use their protocol called Signal protocol to encrypt the data like messages, media, and calls. The messaging app Viber uses the same protocol. The app can also be the default messaging app on the Android smartphone.

The most significant part of our Signal vs. Telegram article is ‘privacy’. Your information that includes messages, photos, and videos, are kept on Telegram servers. If we look through the app’s FAQs, the information is stored in servers in the Netherlands, and it is heavily encrypted and saved. The app also does not share your data with anybody.

All of your messages history is saved on your device in the signal app. The only time Signal messenger will save the message in their servers is when it is delivering. Once a message has been delivered, it is deleted from their server.

There are also many privacy options offered by the platform in the app settings. You can either choose to enable or disable receipts, typing indicators and not forgetting the link previews. You also have an option to choose a PIN when you install the app. The PIN is required and used to save your profile photo and the app settings.

Below is the list of all the data that Signal and Telegram apps collect from you. As mentioned, Signal messenger does not store any your data other than the phone number, which is exciting on its own. Telegram messenger does collect some data, but if we compared to WhatsApp, it is very limited. The app collects your Phone number, the Profile photo, the Username, Bio if it is added, your Contact info, User ID and Contacts (if permission granted).

Telegram app is widely available on different platforms like Windows, macOS, Linux, Android and iOS. As the information is stored on the cloud, it is usually synced across the platforms. On the other, Signal is also available on the same platforms, but if you want to use the app on desktop platforms, you must own the Signal messenger on your mobile phone.

The Secret chat is where a spotlight is shone on both app’s encryption abilities and Signal VS. Telegram battle is almost settled.

Telegram’s private chatting function is where you could utilize the “Self-Destruct Timer,” & anything received here is encrypted. Though, after some research, this is the only feature where Telegram applies encryption. Until you use the secret chat feature, your chat will have no secrecy. On the contrary, Signal has immediate encryption in play.

Now, You might wonder that “why not everyone uses secret chatting then?”, and this would be a pretty good solution. Unfortunately, several users do not know about this function. Moreover, it is not even clearly shown. If you are a user, you can only access it by navigating to a contact’s page and then tapping the settings icon.

On the other side, the telegram has Two Factor Authentication feature in its app. It is subtle but a significant account security feature.

UI Design or the Interface

Everything that you see on your screen on both the apps falls under the umbrella of the UI design. All of the Icons, menus, responsiveness, and layout are just a few areas of focuses on the UI design. A fairly simple and popular interface that both the apps include is dark mode. This feature adjusts the app’s colour scheme so that it is not too bright as the regular model.

If we talk about design flaws, it can be said that both the messenger apps have failed to provide menus at the bottom of the screen. We know that this isn’t a requirement, but it makes using platform easier with one hand.

Signal has yet another disadvantage that the default display is not your contact list but is instead a list of your current chats. This means that if you want to chat, call, or video calls a friend whom you haven’t already messaged, you will have to use the search bar.

As mentioned above, the Telegram messenger allows more than 200,000 users in one group. The app also supports audio and video calls. Moreover, video calls are also end-to-end encrypted.

Signal also supports group features with a maximum limit of 150 members. It has recently added the feature of group video calls. The app, just like telegram supports regular video and audio calls, which are also end-to-end encrypted and protected.

Which one should you use?

If you are the one who is concerned with privacy and security, we would suggest you go with Signal, but the issue with the app is that not many people are on that platform. So, if your friends and family are ready to switch, then Signal is the best way to go.

Telegram, on the other hand, is also a secure platform and they don’t sell your information. The app offers more functions than the Signal app. The app stores a few things about you and they save your data on their server, which might be a concern for some people.

The article on Signal and Telegram covered the essential features of both. We hope the article has helped to find the perfect app.