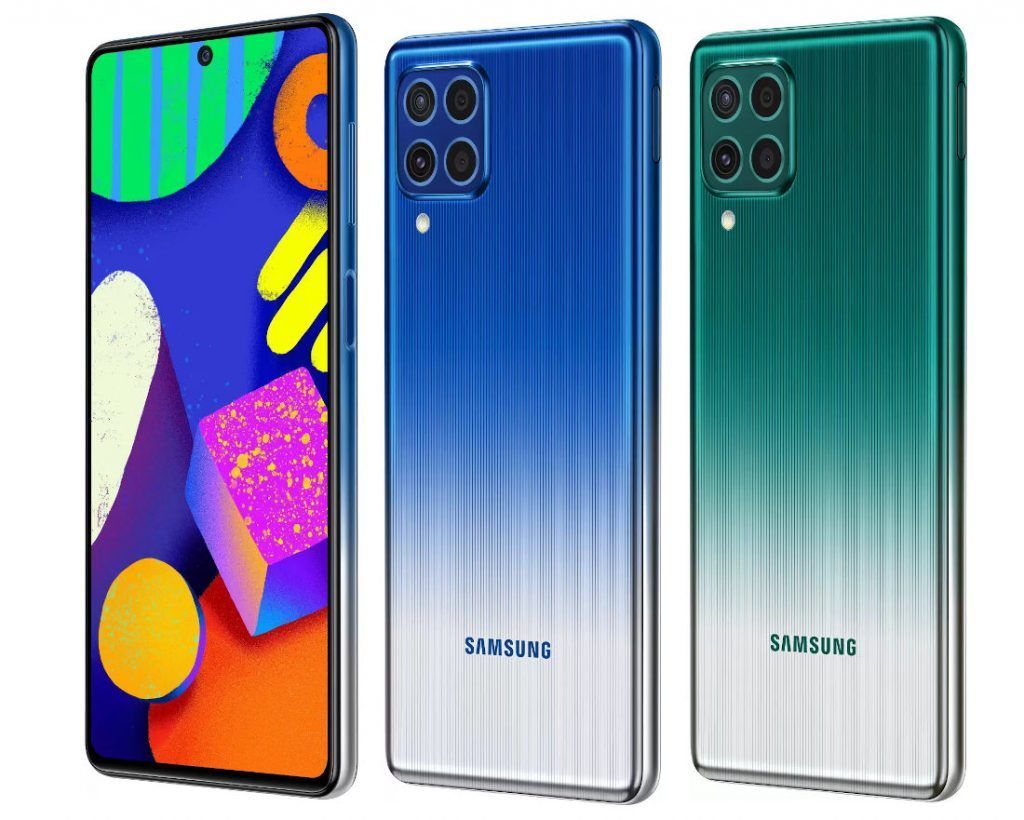 With Apple releasing iPhone 12 series last year and Xiaomi launching Naruzo 30 Pro this year, Samsung is not behind at all! There is a piece of good news for all the Samsung fans out there as it will be releasing  Samsung Galaxy F62 in India this year. The upcoming smartphone has rendered the entire internet in astonishment and to know more and why about it, let us tell you more about the Samsung Galaxy F62 specs, launch date, price and other details.

One thing that sets this model apart from the older models of Samsung is the range with which it bettered itself. Supposedly, if you compare the battery capacity of the last model i.e. Samsung Galaxy A7 then has the battery life of only 2600 mAh whereas, Samsung Galaxy F62 has a battery life of 7000 mAh. Not just this, the front and the rear camera of the previous model is 2 MP and 13 MP respectively and in Galaxy F62 the front and rear camera are 32 MP and 64 MP respectively. Even the storage is comparatively larger than A7 model which was only 16 GB and this has an internal memory of good 128 GB.

Here is a complete and quick review on Samsung Galaxy F62 that you should have a look before purchasing:

A look at the all-new upcoming Samsung Galaxy F62 specs

Samsung Galaxy F62 is expected to come with a 6.70-inch super AMOLED articulating touchscreen display with a 64 Megapixel sensor and is powered by the octa-core Samsung Exynos 9825 processor. The display of this smartphone has a resolution of around 1080×2340 pixels which gives a clear immersive view while you play games, watch movies and read books online. The prices of Samsung Galaxy F62 in India will start from around 22,500 INR. Even though the sources are not reliable, it is seen to run on Android 11 and is powered by a 7000mAh battery.

Coming to the camera specifications, Samsung Galaxy F62 has a 64 Megapixel camera which will let you click highly focused and stunning pictures and videos. It has an 8 MP ultrawide angle lens with a quad-camera setup on its rear. The phone also has a 5MP macro shooter and a 2 MP depth sensor. The features do not end here. It also has a digital high-quality zoom, in-built HDR mode and ISO control with autoflash, exposure compensation and a 32 Megapixel selfie camera. Hence, this will head the list of photography lovers who are keen on capturing good quality pictures with their smartphones. These Samsung Galaxy F62 specs make it a hard competitor of DSLRs.

Also read: Are You New To Photography? Try These 6 DSLRs For Beginners

Samsung Galaxy F62 specs of the storage and processor

This model runs on the One UI3 based Android 11 operating system and is powered by a 7000mAh attached and non-removable battery which has quite a fast charging as compared to its older version. Therefore, making the phone charger quicker and the battery last longer and will neither lag nor exhaust while you are multitasking. The phone also has a dual SIM facility.

The connectivity option on this model includes all 4G supporting the India electronic brands, 3G, 4G, Wi-fi 802.11, a b/g/n mobile hotspot. It also has Bluetooth connectivity, GPS and A-GPS, USB type C and an active 4G on both the sim card slots. It is also rumored to have an accelerometer, ambient light sensor, a fingerprint sensor, a proximity sensor, gyroscope i.e. a compass.

Samsung Galaxy F62 price in India is expected to be around 22,500 INR. The prices can fluctuate and vary according to the internal storage of different models.

The launch date of Samsung Galaxy F62 is speculated to be launched in the country on the upcoming February 17, 2021. Though this date might be a tentative one as other sources have anticipated the launch as early as February 15, 2021. We keep our fingers crossed on the launch date because as of now we do not have any official notification on the release of the smartphone.

Different versions expected to be available

Samsung Galaxy F62 will be available in blue and green colors and is likely to come in different variants of storage with the RAM variants of 128 GB and 8 GB.

Read: Is Your Beau A Gadget Geek? 7 Gadget Ideas For Valentine’s Day 2021

The Samsung Galaxy F62 has a sleek body with a 74.4mm, thickness of 9.3mm and the height of 159.3mm. The overall bodyweight of the smartphone is around 203 grams. There is a one year warranty provided by the manufacturer with the phone.

So, here were all the Samsung Galaxy F62 specifications, launch date, price and the comparison to its previous model. The news and the reviews are yet to come once it launches in the Indian market. Till then, keep searching and comparing!