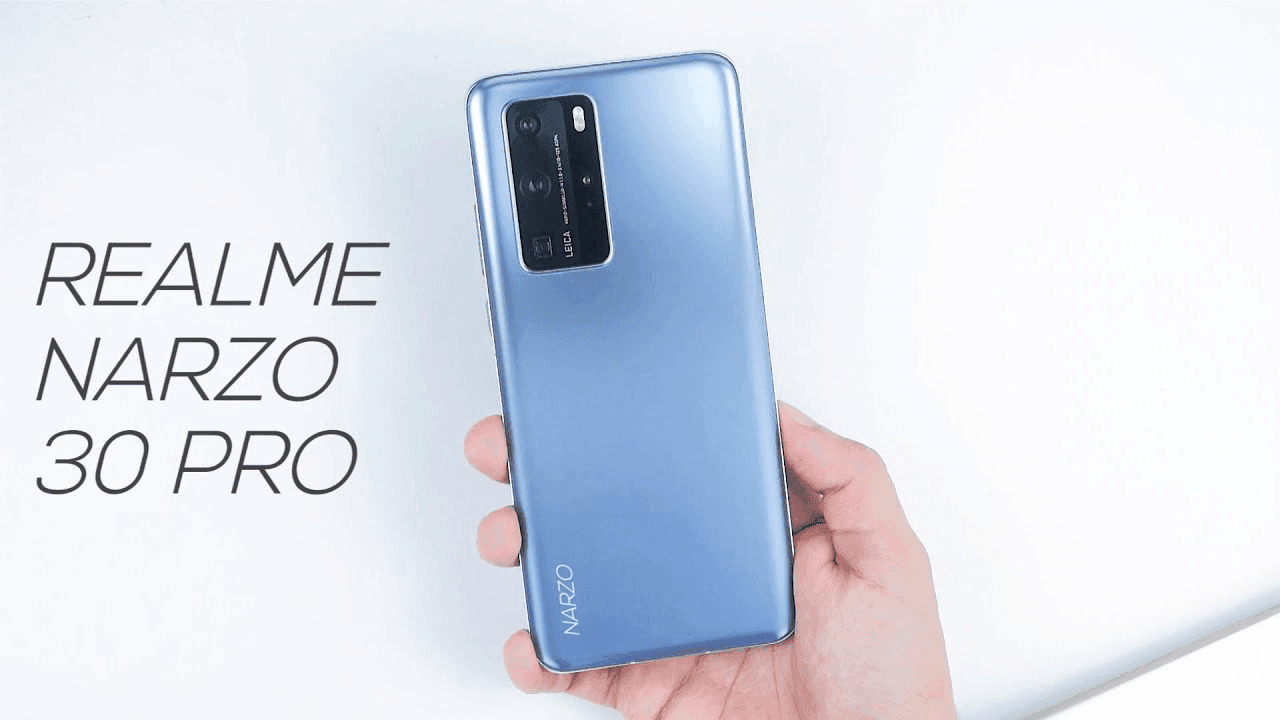 This is a piece of great news for all the gadgets enthusiasts out there that Realme will launch a new model, Realme Narzo 30 Pro, very soon. The official dates have not been announced by the company yet, so we have to keep our fingers crossed over that for now. Even though the model has not been launched yet, we can see the type all around the internet and various social media handles. Surprisingly, it has even asked all the fans about how the retail box of the phone  should look! This has doubled the wait and enthusiasm among everyone on social media and real life. And is it worthy of the hype? We can’t say that yet but one thing that we are capable of is to dig into the details of the Realme Narzo 30 Pro and make our assumptions based upon that. Lest you forget, Realme was the one that brought 65W charging support to mid-range android smartphones, introduced the Narzo series in the market last year, and now is bringing the update of the same, hence expanding the line-up.

What Did The TENAA Listing Reveal About Redmi Narzo 30 Pro?

This series now has also appeared in the TENAA official website which revealed some of the features of the new Realme Narzo model update. The TENAA listing declared that the phone has 6.5 inches display with a 5G support. This in itself is a heavy blow to Apple as it hasn’t introduced the 5G support in iPhones. The new model also comes with a dual-sim facility. Now. with a 5G support on Android and a dual-sim slot, this is nothing but a dream to the smartphone lovers. The images of the phone also revealed that the new model consists of the rectangular camera module with at least three sensors. There is also an LED  flash with the new smartphone model, too. Thus, all this makes a perfect reason for photographers to lay their hands on it. Now, let us get into the specifications of the new upcoming model of Realme Narzo.

Check out the insights of Not Receiving Texts From iPhone? 9 Possible Reasons Why! Easy Fixes.

All About Realme Narzo 30 Pro Specifications

Here are some crucial details of Realme Narzo 30 Pro specifications that one must know about.

As the display forms the most part of any phone, Realme Naruzo Pro 30’s screen has been made wide and effective with  6.6 inches display with offering a resolution of about 1080×2400 pixels. There is a 20:9 ratio screen that comes with the pixel density of 399 PPI. The display manifests the punch hole design that carries a front selfie camera. There is a power button on the left hand side with a fingerprint sensor. Within the square module of the new model, sits the rear camera. This is the display and designing as per the sources launched and announced by the company.

After talking about the display and design,let us talk and dig into the details regarding the internal section of Realme Narzo 30 Pro. The phone is paired with a 6 GB RAM and Mali-G76 MC4 CPU. It is powered by the octa-core MediaTek Helio G95 chipset which gives you no issues while multitasking and avoids phone lags. The phone has four cameras on the back consisting of a 64 MP primary sensor, an 8 MP ultra-wide angle sensor, a 2 MP sensor and 2 MP depth sensor. It has the front camera of 16 MP supporting video calls and video recording.

Read: Android Developer Mode: 10 Things You Can Do

Coming to the storage of the device it has an onboard storage of 64GB with a good expandable memory of up to 256 GB with an external SD card. With the provision of the Micro SD card slot, you still have two slots left for your two SIM cards. So you don’t have to make a choice between putting in a SIM2 or an SD card. It has Android 10 operating system and the phone runs on Realme UI version.

Realme Narzo Pro 30has a fingerprint sensor placed on the power button. Along with the fingerprint sensor, the phone also has the support for the face unlock as well for securing the data stored on your phone. Realme Narzo Pro 30 comes loaded with the battery of 5000 mAh. The previous model of the old line-up, Realme Naruzo Pro 20 had a battery of 4500 mAh. Therefore, this model will definitely function amazing in terms of battery too, despite the load of features it has.

This new Narzo series is expected to do a lot better than its previous model, that was launched in september last year, for all the obvious that you might have known till now. According to various reports the expected models of this lineup are: Naruzo 30 Pro, Naruzo 30 and Naruzo 30 A. The Realme Naruzo 30 expected price in India is said to be something around 14,000 INR and the launch date is set for January 21, 2021. It will be available in grey, black and white colors.

So, this was everything you needed to know about Realme Narzo 30 Pro before making a purchase and comparing it to its previous models. Hope the article helped with your queries!