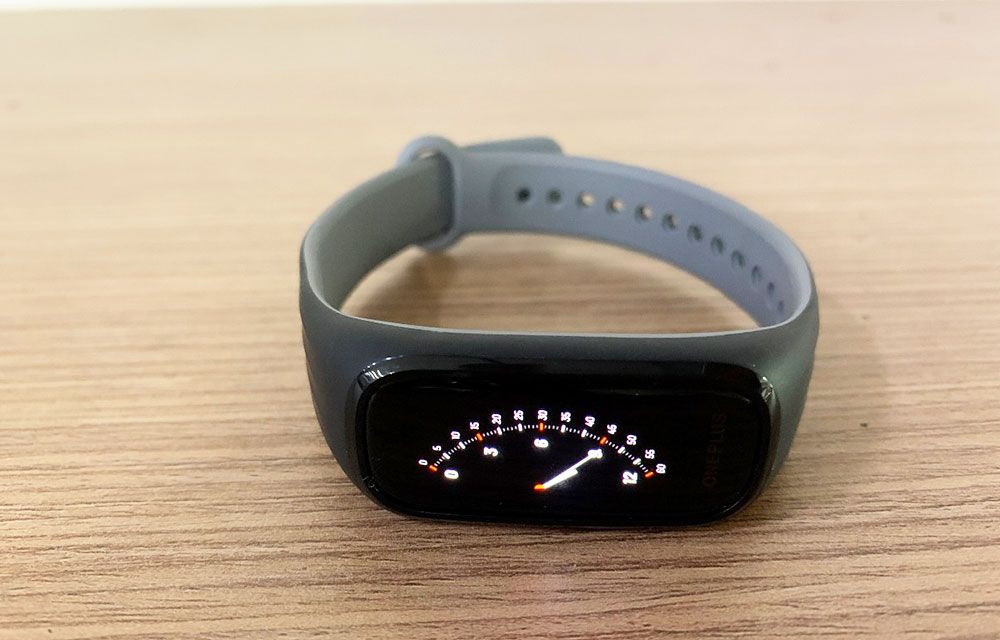 OnePlus has now launched its smart band. Maybe, it was among the few things that were missing in its smart portfolio.

So you might wonder what is different about the newly launched Band? Well, there is not much difference. The band is a very normal looking with a colour display, a comfortable strap and battery life that lasts about 14 days. All those functions that would have awed you three years back. In this post, we will give the honest oneplus band review. If you are interested, then keep reading on for the one plus band review.

At the first glance, the new band looks just the same as the Oppo fitness band. That is because the new band launched by OnePlus is a rebranded fitness tracker that we have already seen by its sister company Oppo. Even the software that is employed in the band is identical to the ColorOS version of it. There is nothing innovative, new or unique about the and’s basic design to even its functionality.

The new band comes with a 1.1-inch AMOLED touchscreen that is the only way you can interact with the fitness tracker. There is not a single physical button on the fitness tracker that you can use for navigating to menus or act as a simple back button. The pill-shaped tracker needs to be removed for changing and comes with a silicone strap. Talking of the charger, it comes with a tiny USB charging cable that feels awkward to use with a wall charger.

With the smallest charger, you cannot charge your device on the nightstand nor can you use it for charging from a wall plug that is high as it dangles the charging module. The other baffling option is the usage of a USB-A port here as OnePlus has now changed to chargers that come with a USB-C port and will stay the same with future models as well. It might be convenient for older users of OnePlus however there is no future proof if you plan to buy OnePlus smartphones in the future.

The OnePlus Band also comes along with an IP68 water resistance rating which means that you can use it underwater up to a maximum depth of 1.5m for up to about thirty minutes. Talking about the resistance, the band also offers swimming tracking. Of course, there no way that we could test this feature but it is good to see OnePlus include this form of tracking.

The overall layout of the newly-launched tracking device is quite rudimental and very similar to that of Xiaomi’s Mi Band 5. This means that apart from the logo there is nothing unique about the band that will set it apart from millions of Mi Band users.

If we consider the battery life of OnePlus Band, then it is said to offer battery life up to seven days on a single charge. While testing we left it idle through the night and noticed a 20% drop in battery which is quite unacceptable when compared to what it is claimed to be capable of. If you turn on SPO2, the battery life is even less and lasts anywhere between 3 to 4 days. This has happened after receiving an update after the launch which only means the fitness band is not well optimized for the power users right now.

The OnePlus Band in terms of usage is very normal which is not what we expected from a debut product. By using gestures like swipe left, up or down from the top of the display you can navigate the interface. If you swipe up, all the settings and different modes on the band that you can use while swiping down brings up your notifications.

Talking about notifications, the newly launched band does them well and is almost instantaneous. However, there are still some minute issues that need to be resolved. This is where we experienced that the band is not a first-party ecosystem device the company makes it out to be. For instance, if you turn on the DND mode on your smartphone, the band will ignore that and does not set DND mode on your tracker.

You will then have to turn on DND mode on the fitness band manually as it works independently from the phone. The band is beneficial for only rejecting calls and locating your phone via the pinging method as a companion device to OnePlus phones. The band does offer some of the smartwatch features, but it is not as comprehensive as we thought it would be.

When we talk about fitness, the tracker offers common activity tracking such as the outdoor runs, indoor run, outdoor walk, cycling, elliptical training amongst various activities. The tracker also uses the connected GPS for tracking the user’s runs which more or less works as advertised. The fitness tracker also calculates the steps taken quite reasonably well and the heart rate monitor is justified for the cost of the fitness band.

In addition to all of the fitness tracking activities, the band also offers your sleep tracking. This device can also read your blood oxygen levels which is a good feature to have. However, in our usage, the performance of SPo2 detection feature was all over the place. There were times where it would read the SPo2 levels very accurately when compared to a pulse oximeter and there were times it was not accurate enough. To be very honest, we recommend you do not consider the OnePlus Band as an accurate blood oxygen reader in the first place as it is only supposed to indicate approximate blood oxygen levels. The OnePlus’s debut Band needs to do some work of bringing all of the health information at the forefront to its users.

We must say that the OnePlus Health app is currently the most disappointing part of the whole experience. It is again the rebranded app of the Oppo’s offering and lacks many functions that are a staple for fitness tracking companion apps. There is no way that you can track your weight, monitor your diet or even export data. The companion needs a bit more working to become a comprehensive offer however for now it seems half baked.

Having said this, we do like the simplicity of the OnePlus Fitness app and additional features such as the ability to change watch faces. The watch faces are not as elaborate as Apple’s SmartWatch but it does deliver all the data you need. Other functions include having the ability to set alarms (up to 5), set the hours for raise to wake and even set up the vibration levels. We can see that the OnePlus Health app transform into the all-in-one health tracking app shortly

The OnePlus Band is priced at Rs 2,499 in India for which is the great value of the OnePlus device. At launch, this band is not the ideal fitness trackers for users especially since the other smartwatches have a more robust offering. As of now, the newly launched seems like a rushed product that is not ready to compete with big competitors yet.