The Latest Technology That Will Change Your TV Viewing Experience: OLED Display 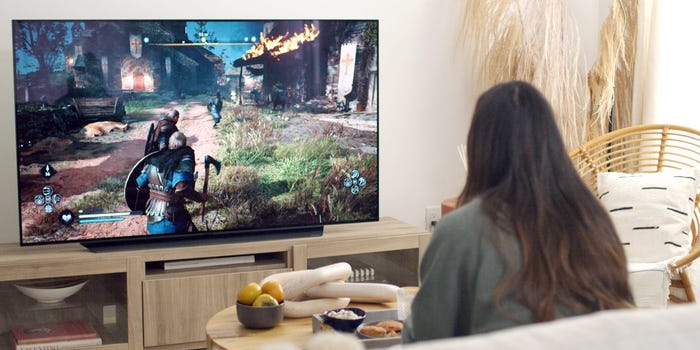 One major factor that we consider when we buy a new TV or smartphone nowadays is the display. Everyone enjoys a really good display that can give you a high-quality watching experience with sharper, crisper, and detailed image quality. While getting a new phone or TV you might have the term “OLED Display” written in the specifications. The highest types of brands like Samsung, Google, Apple, and others use OLED Display. Even the modern TVs that are at present available in the market have either LCD or OLED. TV brands like LG and Sony use OLED technology to provide their users with a high-quality display.

Even though LCD has become the modern norm, OLED TVs offer crisp and better picture quality. But what does OLED mean? In this article, we will explain to you what an OLED display is. How is it different from other display technologies? How do they create high-quality images? And what is the difference between QLED and OLED?

What Is An OLED Display?

Before you go ahead, it is important to know what an OLED display is? So that next when someone uses the term “Oled display” you just blindly do not have to believe them. You can know which OLED display tv is worth your money and which is not. OLED is the abbreviation for the Organic Light Emitting Diode display. The “Organic” signifies that they contain carbon plus some other ingredients. This film sits inside the panel before the glass screen inside the TV.

How Does The OLED Differ From The Rest?

Unlike the commonly used LCD-LED display, the OLED panels emit their light when the electric current is shot through the cells. These panels do not require an external light source for brightness. This is one of the reasons why it outstands other display light-emitting diode technologies and why many top-notch companies prefer this.

This external light source has separated traditional LCDs from LED variants. An LCD screen has CCFL or as commonly known as cold-cathode fluorescent light which acts as a backlight. The CCFL is uniformly installed across the entire back of the screen. That is, whether the image is black or white it is lit with the same brightness across the panel. To avoid this, engineers introduced a collection of LEDs as backlights. That is if a part of the screen was black then the backlight (LEDs) for that part was turned off. This would make the screen appear darker giving a better picture quality. However, even that technology has the drawback of not being entirely in sync with the pixel in front of it. That is the LED light from bright portions of the image used to gush over the black areas. This is what separates OLED from LCD and LED displays as OLED technology is operated through self-lighting pixels.

The advantages of the OLED display technology are just far-flung. Even though, when compared with the value of money, an OLED Display is stiff, it is worth every cent. It does not only provide better image quality but also goes beyond concerning responsiveness and smoothness of the display. This means you will have a mind-blowing gaming and movie experience.

Read also: Kali Linux vs Ubuntu: All That You Should Know

These panels are capable of a refresh rate of as low as 0.001ms which is higher than the LED and LCD panel TVs (higher the refresh rate higher the image quality). As the lighting source used by OLED is tiny, TVs using an OLED display will have deep blacks and peak whites. In short, they will have improved color accuracy as well as a smooth responsive motion and will be lighter when compared to rest.

What Is The Difference Between QLED And OLED?

If you have heard of an OLED display then most probably you must have even heard of QLED technology. The QLED vs the OLED battle often takes place between the best TV brands like Samsung, LG TCL, and Sony. So which one is better?

If you have not heard about QLED and thought it is an upgraded version of OLED, then you are wrong. According to Samsung, QLED stands for Quantum Dot LED. It is one of the variations of LED LCD that adds a quantum dot film to the LCD. In short, the QLED technology is almost the same as the old LCD.

Quantum dots are microscopic molecules. Which when hit by light, emit their different light. In QLEDs the Quantum dots are contained in a film and have an LED backlight provided to give out light. This light travels through the liquid crystal layer to create pictures inside the TV.  Hence they are also known as “transmissive” display technology. One of the major brands that use the Quantum Dot LED technology is Samsung. In fact, till 2015 they have been using the QLED technology to develop displays for their televisions. And in 2017, they started debuting the QLED display TVs. Other brands that use the QLED technology in LCD TVs include Vizio and Hisense.

As OLED is a recent technology and still has many areas yet to be explored, top companies spend an extravagant amount for their R&D (Research and Development). Therefore, the TVs released in the market using the OLED are costly when compared to the normal ones. Because of this major factor, the LCD is the dominant technology in flat-panel TVs. As they are cheaper than OLED, larger in size and various TV manufacturers are capable of manufacturing it themselves.

Read also: Learn How To Copy And Paste On Facebook With These Easy Methods!

OLED is unique and different from the rest because it does not use an LED backlight like the rest to produce the light. Instead, the individual OLED subpixels are capable of producing it themselves once the electric current is shot. These pixels themselves form the image, therefore they are also known as an “emissive” display technology. One main benefit of buying gadgets that use OLED technology is it gives an excellent image quality. Brands like Panasonic, Philips, Grunig use the OLED display in their TVs.

Hopefully, this article was able to acquaint you with sufficient knowledge to get the best for yourself.