Is Your Android Phone Not Receiving Texts From An iPhone User? Learn Why! 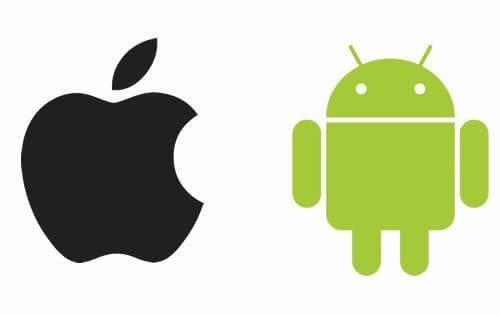 Why is your phone not receiving texts from iPhone? Several users have taken to the Apple forums complaining about receiving no notifications or alerts on iOS 14. The cause behind the problem is still unclear at this point. If you don’t receive texts on Android, and you know someone is sending them to you, these troubleshooting steps can help you clear up the issue. Before getting started, it’s always a good idea to test your ability to receive texts from a few different people, if possible. That could yield some clues as to what the problem might be.

While messaging apps like WhatsApp are becoming more and more prevalent these days, text messaging still lingers and is still commonly used. Texting should be simple enough, but believe it or not, there are issues that may arise. Particularly, you could encounter problems like not receiving texts from iPhone. We’ll explore how to fix this issue in various ways below.

Not receiving texts from iPhone

Android not receiving texts from iphone

If you just signed off on a device, the iMessage account conversation with other iPhones would probably still be active with your Apple account, so you have to either deactivate iMessage completely or tell your iPhone friends to turn off iMessage conversations on your number (or just initiate a new thread via SMS, that should ‘kick in’ as well, but the first method of turning it off on your contact is better).

If your text messages stopped working after you updated your Android device to 8.0 Oreo, it may be because you’re using a third-party messaging app. Android 8.0 Oreo automatically puts third-party apps to sleep in order to conserve battery. On some devices, sleep mode disables app notifications, which may explain why your texts aren’t coming through.

One option is to use your device’s default messaging app—notifications for the default app are not put in sleep mode with the 8.0 Oreo update. However, if you want to continue using a third-party messaging app, try this:

AT&T indicated that it was a problem with the network registration, given every piece of my phone’s communication worked except for receiving SMS. This turned out to be true. The solution was to put the sim card in another phone, which overrode the network registration for my number. After about a minute, the second phone received all of the texts that the first had not been able to get, and then I could move the sim card back into my regular phone and receive texts as normal.

Some more things you can do if those don’t work

iMessage is a messaging system provided by Apple that only works with iOS devices. If you recently switched from an Apple device to an Android phone and aren’t receiving some text messages, then iMessage might be playing a role in this. If you forgot to turn off iMessage before making the switch to Android, then text messages from Apple devices to your Android phone might actually be sent to your iMessage account.

To resolve this issue, place your sim card into an iPhone, go to Settings on the iPhone, followed by Messages, and then switch the iMessage toggle off. You should also switch the toggle next to Facetime to the off position.

Spam is a real problem that Android has recognized. Both the Messaging and Phone apps in recent versions of Android have the ability to detect spam calls and messages. Make sure that none of your contacts have been relegated to your text message spam list. To check for this, open your Messages app and then open the “hamburger” menu. Select “Spam and blocked.”

Check to see if any of your contacts have been included on the spam list. Select “Not spam” to ensure that these messages aren’t flagged as spam in the future.

Hopefully, the above methods will fix your Android phone not receiving text messages issue. If you have difficulty sending text messages instead, try to send it from your PC. Also, check out the ways to back up your SMS in Android.