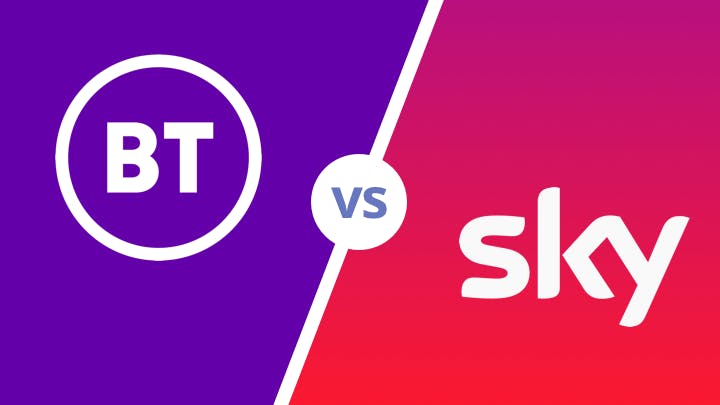 Britain’s two biggest network providers with millions of broadband users are Sky and BT providers, which offer several deals and packs for smartphones, television as well as broadband connections. The Sky Broadband is the service provided by Sky UK that started as Sky Fibre when introduced.

One can enjoy broadband networks provided by either of these network providers, hence, in this article, we will discuss the recently conveyed information about improvements made by both to improve their network speed which will affect millions of Sky and BT broadband users along with the major points to compare the Sky and BT broadband services.

Based on the announcement made by Openreach to increase their target to more than six million rural users across various locations in the UK and neighboring countries, expectations are there for faster connectivity to the internet along with the urban locations such as Dunfermline, in Scotland, Sunderland in the northeast, Kettering, in the East Midlands, Wrexham, in Wales and Bournemouth, in Dorset.

Millions of Sky and BT broadband customers may see faster speeds soon as Openreach announced increasing its investments more into the full-fiber technology which will drastically improve their current dismal speeds. BT owns Openreach and it promises to bring in the FTP technology to about 551 cities covering 43,000 buildings and providing ultra-reliable broadband service.

Words of the CEO of Openreach

Clive Selley, CEO of Openreach, said of the upgrade: “No one is building Full Fiber faster, further, or to a higher quality than Openreach in the UK”. The full-fiber technology allows better ways to access the internet as it comprises the latest cable technology in individual spaces like homes instead of depending upon outdated copper infrastructure that slows its pace. This FTP or the Fiber to the Premises technology brings in the most welcomed speed boost in this broadband network as it can deliver downloads up to the speed of 900Mbps.

This is the rate that allows the users to download an entire movie in HD quality within 40 seconds whereas the traditional copper cables would require about 12 minutes! This will help about 5 million businesses, homes, etc to order for the speed boost for an improved overall experience. The companies like TalkTalk, Sky, and BT Broadband can use the Openreach network so that these Internet Service Providers (ISPs) can provide their users with this improved facility in the future.

Along with the investment by Openreach, Virgin Media O2 announced its massive investment for the infrastructure required to establish millions of Sky and BT broadband with high-speed full-fiber broadband connectivity. As an update about these two telecom companies joining forces to provide ultra-fast speeds,

Virgin Media O2 says, “Virgin Media O2 is already the nation’s largest gigabit broadband operator and will deliver these speeds across our network by the end of the year.” So far only a limited number of users were enjoying the 1Gbps speed internet connectivity provided by Virgin Media but this will widen soon as it combines the infrastructure of two major telecom companies.

Let us compare Sky and BT broadband to understand better which internet service provider has the right plans for your needs. Even though there are millions of Sky and BT broadband users, unless compared it will be hard to determine the better solution suitable for the user.

Both the service providers have an 18 monthly plan in which the users can enjoy discounted prices for a limited time followed by the implementation of standard pricing. However, there is a large difference in the standard fees or pricing of these respective packs provided by these services.

When a new broadband service is set, the respective charges are also applicable. This lists and covers the costs such as up-front cost, delivery or postal cost, charges for activation, etc. Some providers might provide discounts or waive the charges as a part of introductory offers.

Other fees include the service charges in case a new line or connection is set when there is no compatible line available in your home or other spaces. One such scheme provided by BT broadband is that the charges for the hub router are applicable if the user leaves or cancels the deal in less than a year. In this case, the user has to pay £55 if one leaves within the contract period of a year.

Comparison of Other features

Both the ISPs with millions of Sky and BT broadband users provide rentals whereas the Sky broadband Philippines, Batangas, etc. in Asia, as well as the UK, offers an additional feature called Sky Talk which is optional to add extra phone line services. Otherwise, both of them provide unlimited downloads for all of their broadband packages.

Reward cards of varying amounts are also provided by these service providers based on the deal the user chooses. One can claim the reward that will be sent through the post once the connection is set and accepted.

In this article, we have discussed the features of the two most popular internet service providers along with the information about the expectations of millions of Sky and BT broadband users for improved internet speeds in future.