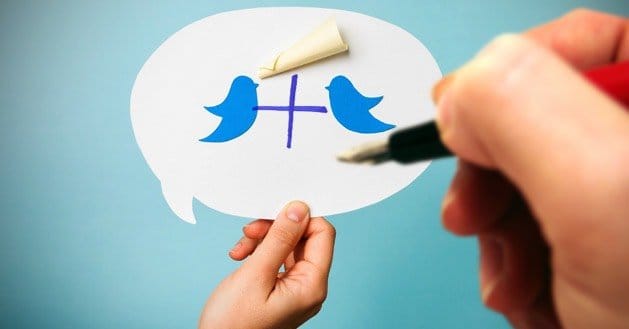 Twitter is the globally known microblogging and social networking service that allows its users to post messages or tweets and interact. This American service also allows features like – liking the posts, retweeting the tweets, or resharing the tweets, etc. but only the registered users can enjoy them. T0 access it one can use the official website interface and it is also available as application software (app) for mobile devices. In this article, we are going to discuss the solution to one of the common difficulties faced by the users Merge Multiple Twitter Accounts on Twitter and check out the steps to merge 2 Twitter accounts under a single handle. The same is applicable for merging multiple or more than two accounts.

Twitter Inc. is based in San Francisco, California, and has offices all around the world which count up to 25 branches. Initially, sharing the messages on Twitter, that is, restricts the user to send only 140 characters but increasing this limit and doubling it to 280 characters as of 2017 was welcomed by users. However, the audio and video have the restriction such that its length should not exceed 140 seconds for most accounts. On the whole, it is a micro-blogging service in which the majority of posts or tweets are made by a small number of users or minority users.

Also, Read: Is Twitter Growing More Than Ever Since The Lockdown

On Twitter, one user can have or use more than one handle as it is acceptable by the official rules of Twitter. However, there are few guidelines that one needs to know, like, the email address used can only be in link with a single handle or Twitter account at a time.

Another restriction is that the user cannot manage multiple accounts under the same account. For example: If one user has handles named @official and @official123 then while creating each handle, then it requires two separate email addresses for two individual accounts.

However, here’s a tip that would make this task less tedious, one can use multiple browsers to manage and access more than one account at a time. This means that accessing one handle on the Google Chrome browser then the access to another one simultaneously using the Firefox browser without causing any glitch or clash is possible.

For mobile devices, one can simply switch between their email accounts to use multiple handles easily and quickly. In order to manage Twitter handles on various platforms such as desktop, Mac OS devices like iPad, on web interfaces, etc. there are several applications available.

Now that we have a clear idea about the features of Twitter and the restrictions on using multiple accounts, let us move on to the steps to merge or tricks to merge two accounts for the convenience of managing. This is a crucial decision as there isn’t any particular option of solution that allows instant merging of accounts and this might also affect the factors like followers count, the shift must not involve losing the individual followers while shifting to this merged handle.

Now, this leaves us with a few questions such as, instead of merging, can linking the data with the account be possible, can shift the followers as such or their contacts be simply imported and exported, or can the tweets be moved if required? The answer to all these questions is – no.

This means that one does not have any medium to merge two accounts as such together and neither can transfer the handle’s assets like the followers, data, tweets, retweets, etc. The reason behind these restrictions is that it might lead to turning into a business by importing the followers and exporting them to a whole new handle and at last they would be following some page or advertisement that they did not want to.

So, the only solution to merging or wanting to have a new handle with all the inputs of multiple handles is that one has to abandon one of their handles by inactivating it and inform the followers about the shift to the new account.

This is what Twitter suggests to its users who want to rebrand their account and here are the steps to follow and transfer according to its suggestions.

Make posts on your primary account, promote it. When the followers from the other handle follow the primary one, make sure to acknowledge and welcome them, to ensure that it was genuinely you who had declared about the deactivation of the other account. This also clears the doubt about the account being hacked or misused for the diversion of followers.

Tips for efficient shifting of accounts

In this article, we have covered the techniques to merge 2 Twitter accounts and the tips to do it efficiently. Hope this was helpful for you to manage multiple accounts and understand the actual restrictions, perks, and changes that would come with the merging of two accounts.