5 Application Launcher For Ubuntu That You Should Definitely Try! 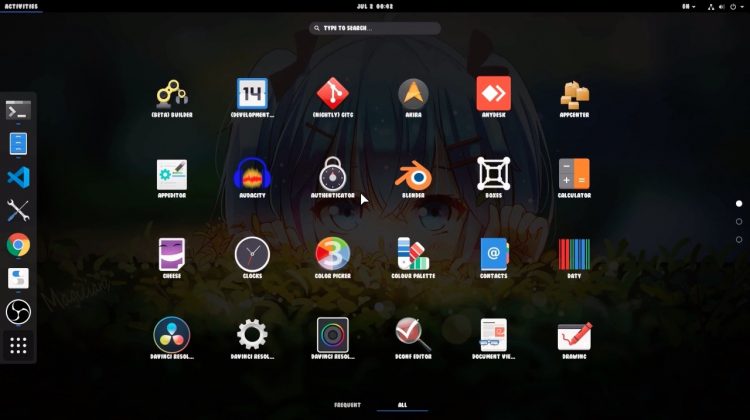 As we know that even though not the majority, there exists a significant number of people that use nothing after they have tried Linux. This is true as most of the non-users of Linux and users of Windows, tend to hold an opinion of Linux OS as something that is made exclusively for the professionals but that is not true at all. Linux is as easy as Windows and has a very user-friendly interface and comes with many surprising shortcuts and features.

Related: AntiX Linux: The Review You Can Trust

As we have application launchers for almost every operating system, we have similar for Linux operating systems as well. When we are using the computer, it is best to use the computer mouse as little as possible as it unnecessarily creates confusion. It is also time-consuming when we compare it to keyboard shortcuts which take almost a blink of an eye to complete your command and therefore do not disrupt the workflow, too.  Similarly, the launching of apps via application launchers rather than with the mouse is nothing but an extreme convenience.

Some Of The Application Launcher For Ubuntu

Here are some of the Linux launchers that you can use as an application launcher for ubuntu:

If you are a big fan of Mac OS, then docky is one of the Linux launchers that you should give a try on your ubuntu-desktop. It works very similar to the dock on MacBook and you can even configure the docky to use it to align and modify different themes, styles, on the screen or anywhere else.

Another big feature in docky application launchers is the creation of multiple docks and different themes for each dock called docklets. Moreover, the customization of the dock is also available therefore you can add and remove different options.

If you are in the mood for something quirky and creative as it neither has a dock or a panel and is activated with the help of the activation key into a circular application launcher. This is also considered one of the best Linux launchers as it is different from the other Linux launchers. Moreover, you can create different slices for different applications and are highly customizable.

If you are someone who has switched to Linux recently or if you are accustomed to windows OS, then arc many is one such Linux launcher that is made for you. The best thing is that you can open it with a keyboard shortcut and search for apps in the arc menu thereby totally depending on the arc menu. It has a menu button and is placed at the corner of the screen rather than sitting in the center and gives a plain and an organized look.

Related: 10 Best Linux Launchers You Must Know About

Another Linux launcher that is highly preferred by all the Linux users. If you do not like the usage of both the keyboard and the mouse then this application launcher is something you should take into your consideration. It is very similar to the spotlight search in the MacBook and launches with the command. Apart from searching, it has a configurable keyboard shortcut and a wide range of extensions. You can even set up a hotkey on the first launch and is probably the first choice of everyone.

This classic menu editor is for people who are used to the traditional methods of computing and are perfectly fine with the method of hierarchical trees of applications. It is present in the menu bar of ubuntu and gives you the essence of earlier windows versions. Although, it will not displace the unity launcher it will be there alongside.

These were our top and the best Linux launchers that you can use for your ubuntu and can replace the utility launcher.