LEGO Reveals Its First Prototype Brick Made Of Recycled Plastic! 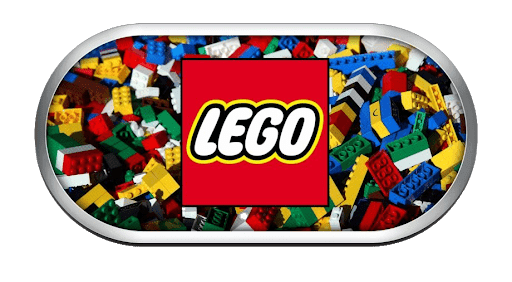 Curious about the buzz “LEGO reveals its first prototype brick”? Wondering now what changes might occur to your favourite LEGO toys? Lego is one of the most popular toy manufacturers in Europe. Their product is not only famous in Europe but all around the world. They manufacture interconnecting brick toys that can make structures, models according to different themes.

In case if you ever get stuck or don’t know what to make with lego bricks you can visit the lego ideas website. Lego ideas publish various videos and blogs regarding what can be created with lego bricks.

Apart from making toys, the Lego group has even released various LEGO movies and series like LEGO masters. LEGO masters is a recently released American tv series where two competitors have to make LEGO creations based on a theme. The competitor has to finish their lego creation within the time allotted.

Since the 1950s, the Lego Group has released various themes like space, robots, etc. Some of the classic themes that continue in the present day are Lego city and Lego technic. The purpose of lego technic is to create advanced models using complex gears and technical functions.

The lego technic sets are vehicles and a few of them even replicate real-world hardware and the lego city line of sets depicts the city life. But have you ever wondered what Lego bricks are made of?

Lego bricks have always been made from plastic but it has not always been the same kind of plastic. Since their initial launch, they have adopted different variations of plastic to manufacture strong and durable bricks.

Recently, the lego group committed to bringing its carbon emission down by 37% by 2032 and turn towards sustainability. To do this the company will require major changes to their manufacturing and packaging of LEGO sets.

The journey towards sustainable and lower carbon emission started back in 2018. When the company began using bio-PE material. This material was sourced from sugar cane to manufacture soft lego pieces, like tree leaves and Minifigure capes. Moreover, the lego groups have found success in replacing the packaging with eco-friendly material, extending the sustainability journey to the next level.

However, manufacturing eco-friendly building blocks is not the same as producing eco-friendly packaging. Creating hard and durable LEGO bricks without single-use of plastic is difficult. Therefore, plant-based plastics didn’t work out and it was hard to find recyclable material that is both durable and easy to produce.

Earlier this week Lego came up with a solution and amazed the lego fans with “lego reveals its first prototype brick which will be made of recycled plastic”.

Lego reveals its first prototype brick which is made using recycled plastic or PET. This is the latest update made by the company which goes by the most recent development on their journey towards manufacturing Lego bricks from sustainable materials.

A team of more than 150 expert engineers has worked on it to find a sustainable solution for manufacturing lego products. The new prototype is made of PET or Polyethylene terephthalate extracted from discarded bottles collected in the USA. This prototype is the first brick to meet the lego group’s strict quality and safety requirements.

Suppliers providing the bottles in the USA use a quality assurance process that is approved by the US Food & Drug Administration and the Europe Food Safety Authority. On average one-Litre PET bottles produce sufficient raw material to manufacture ten 2 x 4 lego bricks.

Over the past few years, the company has tested more than 250 variations of PET materials and hundreds of other plastic formulations. The Danish toymakers said the resultant material meets several requirements for quality, safety, and play experience.

The vice president of the Environmental Responsibility of Lego Group, Tim Brooks said that they are excited about this breakthrough. The biggest challenge faced by the research and development team was to rethink and develop new materials.

These materials have to be durable, strong, and of the same high quality as the existing ones. He further mentioned that the new bricks should also be able to fit into the existing lego bricks that have already been manufactured.

The Danish company said the new bricks made from recycled materials will not be let out to lego fans any time soon. And the scientists behind the prototype will continue testing and developing the PET composition. After which the team will inspect whether the material can proceed to the pilot production phase. The next phase is likely to take at least one year.

The Journey Towards More Sustainable Products

The patent-pending material formulation increases the durability of the PET material. So that it is strong enough to be put to use to create Lego bricks and even match the strength of the existing product. The process uses a specially made blending technology that will be put to use to combine the recycled PET with additives. The company says this will strengthen the material.

This new prototype is the latest step in Lego Group’s ambition to make the products more sustainable. In 2020, the Danish toymakers announced that they will start removing disposable plastic from Lego boxes.

The lego group’s focus on creating sustainable material is just one of the several initiatives taken by the company to make a positive impact. The lego group is investing millions of dollars (up to 400 million USD) until 2022 to accelerate its sustainability efforts. That said, Lego fans around the world support their sustainability project and are thrilled by the news “lego reveals its first prototype brick”.