4 Network Cables That You Should Know About! 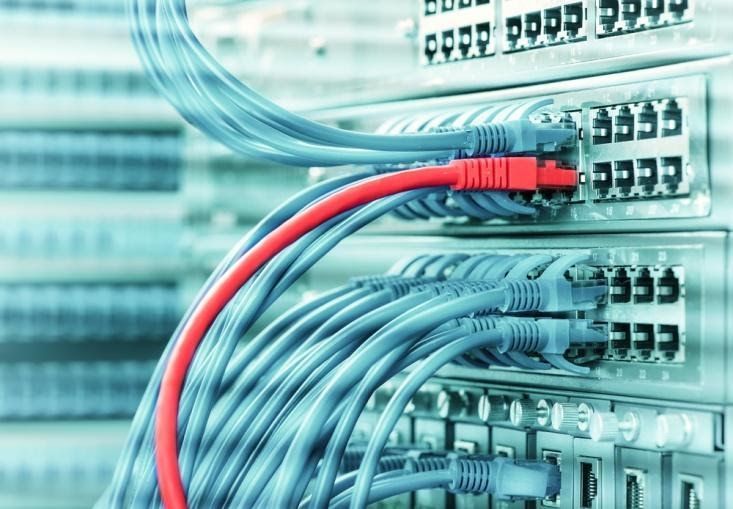 When the World Wide Web was invented back in 1989 by British scientist Tim Berners Lee, no one must have presumed that it would revolutionize the way we live forever.

Seamless internet connectivity is a must in today’s times, as there, now exists a vast virtual arena that is crucial for the sustenance of modern civilization. The internet has immensely changed the way we perceive the world, with about 59% of the world’s population logged in to the service. During its initial days, the internet was used as a storehouse for textual information before it grew into a mammoth hosting a myriad of services and information in multiple formats.

Even though the internet is primarily accessed via wireless networks such as WiFi and cellular connections, its backbone consists of a physical network consisting of cables that carries Internet traffic between different computer systems. Networking cables are hardware used to connect network devices such as modems or to connect two or more computers. There are four types of network cables, namely Coaxial, Twisted Pair, Fiber optics, and Unshielded Twisted Pair.

Here’s an in-detail description of these network cables types and specifications that’ll help you gain a better understanding of how each work:

The coaxial cable consists of a conductor, insulator, braiding, and sheath. The sheath is the outermost layer covering the braiding, which covers the insulation on the conductor. The sheath protects the cable from physical damage.

Though they were primarily designed for general purposes, coaxial cables were the first to feature in computer networking because of their low-cost and long durability. This technology is now obsolete, as most networking systems have shifted to more efficient and reliable cables.

This cable was specifically developed to be used in computer networks. They are popularly referred to as an Ethernet cable. They are mostly used by computers connected to a Local Area Network.

There are pairs of insulated copper wires that are color-coded inside this cable. Two wires are twisted around each other, forming a pair. Usually, the cable makes use of four pairs of wires. Each pair has one solid color and one striped color wire. Solid colors are usually blue, brown, green, and orange. In striped color, white is usually combined with a solid color

Both cables can transmit data at 10Mbps, 100Mbps, 1Gbps, and 10Gbps and use the same RJ-45 (registered jack) modular connectors. The maximum length that provides optimum connectivity for both cables is 100 meters.

Both cables can also accommodate a maximum of 1024 nodes. The primary differences between these two network cable types are factors like cost, as STP cables are more resource-intensive than UTP cables. STP’s also provide more noise and EMI resistance than UTP.

The core uses light to transmit data signals. The cladding inside the cable reflects the light back to the core. The buffer is used to protect the light signals from leakage. The outer jacket of the cable acts as protection from external damage.

Unlike twisted-pair cables, fiber optic cables are completely immune to issues like EMI and RFI. These cables can transfer data over long distances at blazing fast speed. Fiber optic cables can seamlessly transmit data up to 40 km at a maximum groundbreaking speed of 100Gbps.

Also read: Going For A Panel Interview? 5 Pro Tips To Help You Crack It

Fiber optic cables utilize light for reliable and almost instantaneous transmission of data. The cable transmits data by reflecting light from one endpoint to another. There are two types of fiber optic cable based on the number of beams transmitted at a given time, namely Single-mode fiber (SMF) and Multimode fiber (MMF)

Single-mode fiber optic cable transmits only a single beam of light. This makes it more reliable and compliant with much higher bandwidth and longer distances than its counterpart, the Multi-mode fiber optical cable. The cable utilizes a laser beam as the light source, transmitting 300 or 1550 nano-meter wavelengths of light.

As the name suggests, Multi-mode fiber optical cable carries multiple beams of light. These cables are capable of carrying much more data than the SMF cable due to the usage of multiple beams. They are primarily used for high-speed data transmission between short distances. These cables use light-emitting diodes (LED) as the light source and are capable of transmitting 850 or 1300 nano-meter wavelengths of light.

Unshielded Twisted Pair is the most admired type of network cable in the world. These cables are used for both telephone and computer networks. There are multiple of these network cable types. CAT1 is primarily used for the telephone. CAT2 is used for token ring networks and supports speeds up to 4Mbps. Both CAT3 and CAT4 are used in token ring networks for higher speed. CAT5e wires have an enhanced crosstalk specification supporting speeds up to 1 Gbps. CAT6 supports speeds up to 1 Gbps up to 100 meters and 10 Gbps up to 55 meters. Finally, the CAT7 network wiring type supports speeds of 10Gbps to 100 meters.