Everything You Need To Know About Miracast 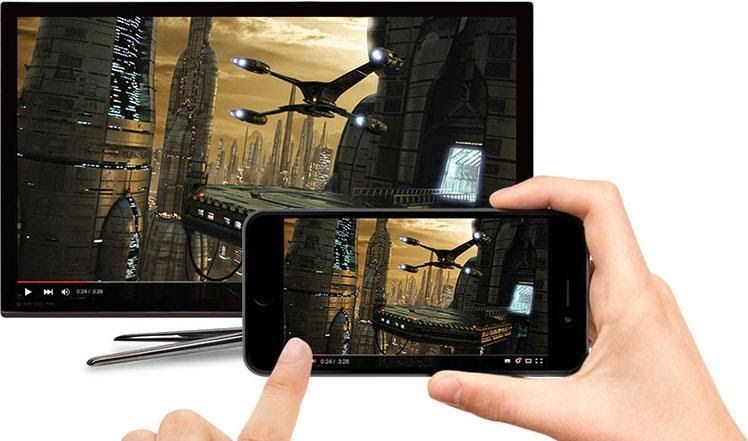 Before diving into the concept of Miracast, you should be aware of Screen Mirroring technology. The advanced technology of screen mirroring essentially refers to projecting the screen of your phone, computer, or tablet screen directly onto a TV screen. It is also called screen sharing.

Screen mirroring can be done by both wired and wireless processes, where you are supposed to link your device (phone/tablet/PC/laptop) to the TV via cable for the former one and the latter requires no cable. An example of a Wireless display standard on television is Miracast.

If you are wondering what is Miracast and want to explore more about this technology, we have got you covered. The latest advancement in technology helps a person to cast his/her screen onto the television without the help of HDMI Cable. In layman’s language, Miracast is a wireless screen mirroring protocol designed for casting a smartphone, tablet, or PC’s screen to television without the requirement of any physical cables. It can also be described as “HDMI over Wi-Fi”, which ultimately replaces the cable from the device to the display.

Most of the latest generation devices such as laptops, tablets, Smart TVs, and smartphones are capable of supporting this technology. One of its major advantages is that, unlike other screen sharing protocols such as Apple’s AirPlay or Google Chromecast, Miracast is designed to be a cross-platform standard.

You can do a lot with this new technology. You can easily view pictures from a smartphone on a big-screen television, share a laptop screen with the conference room projector in real-time, and watch live programs from a home cable box on a tablet. More to it, it can be used for entertainment to stream movies, videos, pictures, mobile games, and others to TV. On the educational front, it can be used for reflecting videos, presentations, games, apps, from a tiny screen into a wider screen.

How to use Miracast

Now that you have gained knowledge about it, you are definitely confused about how to use Miracast? Don’t worry, sit back and relax! We will briefly talk about how to use Miracast. There are different methods. The devices which support screen mirroring protocol are Windows 10 computers, Linux distros, Android devices with Android 4.2 as well as most smart TVs, Wireless monitors, Roku TV devices, and Amazon Fire TV

Screen mirroring through Miracast in Windows is also possible. There are different ways for each Windows version. If you have a Windows 10 laptop/PC, simply press on the Windows key + K to turn on wireless mirroring. Next, you are supposed to choose your receiver. However, if you have Windows 8.1, you are required to press the Windows key + C to open the charms bar.

For Android users, go to “Settings” and then choose “Display.” Next, click on “Wireless display.” This will enable your phone to look for your ScreenBeam receiver or the Miracast dongle. If your smartphone device doesn’t natively support the Miracast app, you can use an adapter, such as ScreenBeam’s USB Transmitter 2, and some mirroring software. Once you get familiar with the process of how to access your device’s Miracast settings, using this is quite simple. Miracast app can simplify screen mirroring even further for some devices.

Miracast technology employs industry-standard protection of premium content through the support of High-bandwidth Digital Content Protection (HDCP). The content protection mechanism, HDCP,  governs the transfer of media between devices that originate protected content (Sources) and displaying devices (Sinks). This feature’s role is to secure the digital rights of content providers and to encourage their attempt to make their content available.

Pros and cons of Miracast Technology

There are a plethora of benefits of using Miracast technology. We have listed a few below for you.

Just like everything else in life has negative and positive features, Miracast also comes with its cons. Below are listed are some of the most important:

The final verdict on Miracast

Undoubtedly, Miracast is a great and successful technique that can change the way we interact with big screens around us. Wouldn’t it be great if each and every device in your house is connected wirelessly, making it possible to view things on wider screens? This technology empowers today’s modern devices to easily connect wirelessly for displaying and projecting.

You can make the best out of the recent advancements in technology. The wireless screen mirroring protocol technology spares users the hassle of hunting down the right cable, connector, or input by eliminating the need for cords and cables. Teachers, presenters, professionals, or even anyone sitting home ideally can now be untethered from their main display creating a highly collaborative environment.