It Takes Two Review: The Adventurous Co-Op Game Based On Matrimonial Alliance 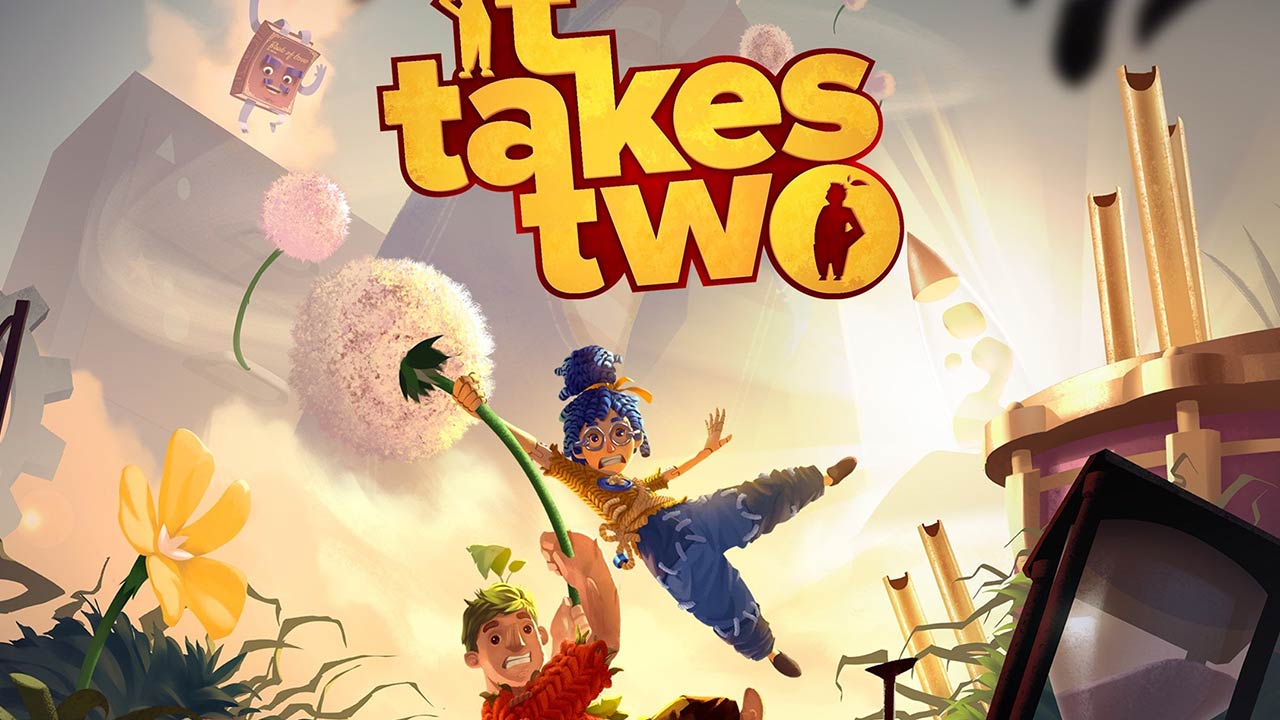 Developed and published by Hazelight Studios and Electronic Arts under the EA Originals label, ‘It Takes Two is an adventurous duo game. It is made available for Xbox Series X/S, PlayStation 4, PlayStation 5, Xbox One, and Windows from March 2021. The player can either choose to play online or on a locally split-screen co-op with two players. In this article of It Takes Two review we will discuss in detail this dual-player game which involves a family-based storyline but mixed with elements of adventure, fun, and unique scenarios at each level.

In real life, every moment has a story that unravels its adventures, truth and asks for us to act upon it, similarly, the act of marriage asks for the commitment between two individuals to work as a team. The ‘It Takes Two’ game is based upon this fact and is a co-op game that deals with the basis of maintaining a healthy marriage by a proper balance of giving and taking, pushing or pulling, and ultimately communicating.

This amazing co-op game manages to bring in several unique stories and engaging gameplay that revolves around a fantasy story where a family on verge of a crisis of breaking apart, fights, works, and it starts with a husband and wife, Cody and May respectively, opting for a divorce but little do they know their fate has much more ideas for them!

The gameplay of It Takes Two is a multiplayer adventurous game with the impacts of several individual mini-games and levels to reach the ultimate goal. The design of the game is best for split-screen cooperative playing as it is not a single-player game, it involves different functions, powers, and tasks for the respective character.

The connection of the two players is possible either locally or over the internet. The gameplay changes with the theme related to the exact level. For example, one level gives Cody the power to control time whereas May gets to displace herself at different places by replicating herself.

The ultimate aim and pro tip to master this game, the two players require cooperation, skills to perform together and use their abilities or powers wisely! Now coming to the few glitches that might put the players off is that apart from being extremely joyful, a team-building game the improper reason behind all these events is problematic. The story seems to be unsubtle as the game begins with a series of separate scenes that tell the players about the characters seeking divorce which makes their daughter sad. Hence the plot continues but the exact reason that led to this big step or decision is unclear. It almost seems that it is rather important to save a marriage no matter how worse or dysfunctional it gets to keep up the psychological pressure off from their children.

Also, check out: New To The World Of Gaming? Learn About Lag Switch

In this, It Takes Two review, here is the summary of the plot for those who might want to check out before deciding to buy or proceed with the game. This fantasy-inspired game gives a roller coaster experience similar to an animated movie with their family members at stake such as Frozen, Toy Story, and Madagascar. The plot is about a family consisting of three members, the husband, wife, and their daughter who are upset with the fact that her parents are divorcing. She cries and creates two dolls with her parents in mind into which the transfer of the souls of their parents occurs.

The parents panic to find themselves in bodies of clay dolls and of miniature sizes. Another character of importance is the Dr. Hakim book that guides these human-turned-dolls to work together as partners to reach out to their daughter for help to reverse this spell and at the same time save their relationship. The book continues to talk and travel with the players throughout the game with chats about their problems, reasons for quarrels, and the description of the powers they possess.

Throughout the game, the journey of players travels through a series of domestic locations. Starting from the workshop, garden, to make their way into their home, this platform offers plenty of challenges and puzzles with relatable environments that sync with the storyline.

Each level has a combination of activities like running, jumping, racing, and mental brain teasers but none of it repeats or is the same although, the main focus of engaging two players simultaneously is constant. Let us discuss a scenario to get a better insight about how the two players need to work together, in one of the levels or a part in the series that involves fighting along with squirrels against the bees requires the player controlling Cody to shoot a highly flammable liquid and to ignite it the player controlling May has to fire with proper aim.

Hence, unless both work simultaneously, they cannot proceed further. Also, the players need to plan and strategize based on the gadgets, the task, and the environment filled with hindrances. The main message is always dwindling at every stage invariably as if instead of giving a subtle hint, it loudly blares the importance of values, struggles that family faces, and love.

There are materials or elements in the It Takes Two locations that lead to the success of the current stage and serve the main gameplay purpose but apart from that, the players are allowed to interact with several other materials just for fun! One such interactive, fun scenario is the sequential arrangement of dominoes in the cardboard castle, which can be simply pushed to find a small soldier being knocked into a bottomless pit. None of the other video games will generally include these just because it does not have a purpose or in no way affects the game but as said earlier it’s just for fun and experimenting makes gaming interesting.

Also, read about: 7 Steps To Improve Your Gaming Experience On Your Phone

To conclude with the It Takes two review based on the critics and player experiences, this is a wonderful game to play with any of your partners such as a friend, sibling, or spouse, and get to enjoy the nail-biting yet beautiful experience filled with creativity, experimental freedom and a story involving the family.

This game is for anyone who would like to get on with something to do together especially during the time of pandemic where staying home is the new usual. Hope this It Takes Two review was useful for you to understand the concept behind it and choose the right gaming choice to enjoy with your co-player!