inode In Linux : Everything You Need To Know 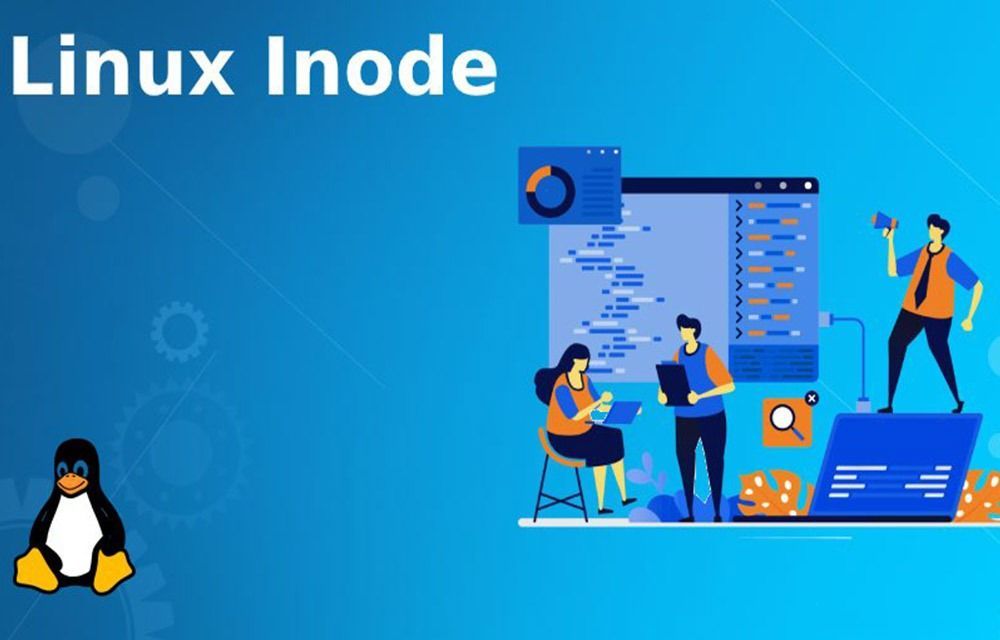 A Linux considers everything a file including all the hardware devices, printers, directories, and several processes. Any of the text, music, video, image or any multimedia file that you see is considered a regular file. All of these regular files contain metadata about the file which describe everything about the file like its type or Inode etc.

An inode typically is an entry into the Inode table that contains information (the metadata) about a regular file or a directory. Typically, it is a data structure on a traditional Unix-style file system such as Ext3 and Ext4.

What Is The Structure Of a File System?

Data blocks and inodes are the two parts of a file system that are divided. Once created, the number of blocks is fixed and cannot be changed.

The directory does not include the name, path, location, links and other file attributes. Instead, these are simply tables that contain the names of the files with the matching inode number.

You can also create a hard link which results in more than one name for the same file. When you have created a hard link, it also builds a new name in the table with the inode but does not move the file.

If you have to move a big file, it is simply going to take a long time. It is more efficient to create the name entry in a new directory and then delete the older one. Similarly, you can also choose to rename files.

The file system is at the top part of the hierarchy is itself. The system is the file names within the file. The file will then name the link to the inodes. Then, the inodes are linked to the physical data.

What are Inodes In Linux?

As mentioned above, it is a data structure. When you are using a program that refers to a file by name, the system is going to look in the directory entry file where it exists to pull up the corresponding inode. This will give your system the file data and the information it needs to perform processes or operations.

They are usually located near the beginning of a partition. They keep all the information associated with a file leaving the file name and the actual data. All Inodes in Linux directory have a filename and an inode number. The users can retrieve the metadata for a file by simply referencing the inode number.

The file names and inode numbers are kept in a separate index and link to the inode. You can then link to the metadata that represents the file. One piece of data or inode may be linked to multiple file names.

What Is The Inode Number?

Every inode in Linux structure has been given a unique number to identify it. It is also known as the index number and contains the following attributes:

You should use the following command to check the list of inode numbers:

How do these Inodes Work?

You should use the command below to list inode information for each file system.

What are the soft or Hard links?

In the next picture we have a directory called “dir1“, a file named “file1” and inside “dir1” we have a soft link called “slink1” which points to “../file1“

Now we could put consecutively and show the necessary information.

As suggested, dir1 & file1 have separate inode numbers. But also the soft link. Whenever you build a soft link, you are building a new folder. In its metafile, it comes to the target. For each soft link you create, you will use only one inode.

After making a permanent link in dir1 using the ln command:

Putting of inodes numerals gives us the below information:

You could notice that “file1″& “hlink1” have similar inode numerals. Honestly, hard links are created only because of inodes. A hard link can not build a new folder. It only renames the similar data.

In past versions of Linux, one can give a hard link to a directory. It was feasible to have a directory to be its parent. This became possible because of the implementation of the inode. This is now not allowed to prevent people from building a very clustered structure of directories.

How Many Inodes Are You Using?

A way to get out of storage in a filesystem is to utilize all these. Even if you got some free storage on your disk, you won’t be able to build new folders.

Utilizing up all the inodes in Linux could also conclude in your system suddenly freezing. To watch a list of stats about inode usage like free, used, & percentage used, type the command:

By formatting a folder, all you can do is undo one of the names pointing towards a specific inode number. The data is going to remain until you format each name associated with the similar inode number. Linux updates the system without needing a system restart in big part because of the methods inodes work.

A process could utilize a library folder at the same period another procedure replaces a similar folder with a latest updated version and latest a new inode. The process keeps utilizing the old file. The other time you use the same procedure, it would utilize the latest version.

Users don’t interrelate directly with them, but they do represent a basic component of Linux folder structures.

This is it! We believe this guide on Inodes has been useful for you.