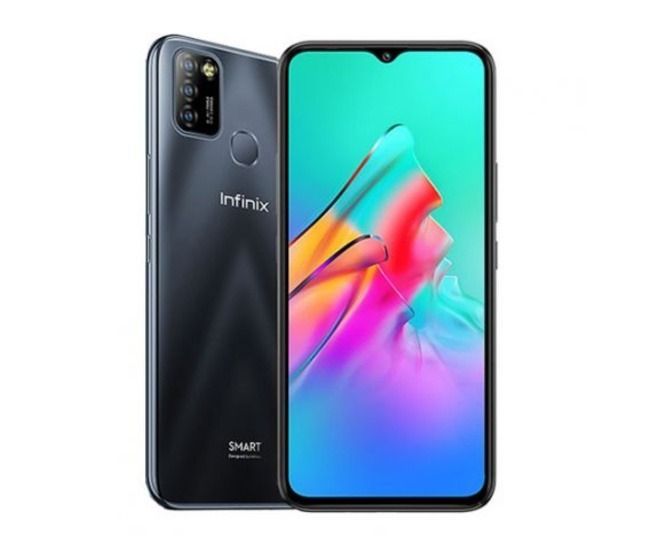 Infinix Smart 5 is a smartphone that has an affordable price and at the same time and works better than its other android counterparts at the same rate. Infinite smart five first impressions have been launched in India and are powered by a dual octa-core processor. This budget smartphone has a dual camera with a battery capacity of 6000 mAh. With a small price of just 10,000 INR, it caters to all the basic needs of the user without any lag and failure.

The Infinix Smart 5 made a debut in the global industry in the last year of August 13th 2020 in India. Even though the version and the variant of Infinix smart 5 manifest a few key differences like battery capacity, storage, android version and dimension in India, despite this it is considered among the best smartphones to be launched yet. Now, without a further ado, let us get into the Infinix Smart 5 review and specifications so that you can make a deliberate and informed decision before you plan to buy it.  All curious to know what the phones hold, let us dive into its details and learn about this new model launched in India that most of us are unaware of!

First, let us start with acquainting with the specifications and qualities of the phone to give an overall review of the smartphone. The Infinix smart 5 first impressions are powered by Android v10 (Q) operating system and have an octa-core, 2GHz Cortex A53 processor. It also has a Mediatek Halo G25 chipset with a 2 GB RAM and internal storage of 32 GB. With an articulating touchscreen display of 6.82 inches and resolution of 720×1600 pixels, it makes itself a perfect budget phone to offer quality at an affordable price. Even though the display is not that big but with the aspect ratio of 20:5:9 makes it precisely perfect for watching videos and playing online games.

The best thing is that the smartphone provides an HD+ resolution despite the thick bezels that are on the smartphone. Though, despite that the fair amount of price charged for the smartphone makes it seem all worth it. Coming to the camera and photography section of the smartphone, it is not left behind too. The Infinix Smart 5 has a rear camera of 13 MP with autofocus or the depth-sensor and an 8 MP front camera for selfies. This might not be the very high quality but certainly the best one in this range.

The Infinx Smart 5 runs on the XOS7 which is based on Android 10 and includes WIFI connectivity, GPS, Bluetooth v5.00, a 3G and 4G support of micro USB and also a Band 40 support which is used in India by some LTE networks. The phone also has sensors like an ambient sensor, the proximity sensor and a fingerprint sensor. The phone also supports fingerprint lock and unlock and digital zoom. The weight of Infinix Smart 5 is 207 grams.

Read: MIUI 12.5: Know All About Latest Update From Xiaomi

With all these features, the phone comes with a dual sim slot availability which 4G, 3G and LTE support. Other special features supported in this smartphone are Game mode, G-sensor, Gyroscope, E-compass, Wi-Fi share, a social turbo, the long-awaited ‘Smart Gestures’ features in androids, Digital wellbeing, Smart Panel, Dark theme, Eye Care, an in-built photo editor, Multi-window, Bike mode, Al gallery and Battery lab. All this is just available for just a small, affordable and fair price of 8,999 INR.

Infinix Smart 5 was launched in India quite a few days back, on February 11, 2021. The base price of Infinix Smart 5 in India is just 8,999 INR. The color options that are available in India are Obsidian Black, Morandi Green, 7-degree purple and Aegean blue color and comes in a plastic body and a glossy black panel.

Starting with the highlight of its battery capacity of 6000 mAh is quite massive for a little price. As battery life is naturally increased, the best thing is that it does not make either the phone or battery heavy at all. The Infinix Smart 5 has slots of two Nano SIMs and for expandable memory, it has a microSD card slot. With an internal storage of 32 GB  and a 2 GB RAM, it has made itself accessible to every person. The fingerprint sensor in the phone also gives instant response and is quick to unlock. The only inconvenience is that some find the fingerprint sensor too highly placed but all this depends from person to person.

Overall, the reviews have been positive and with the information above, we hope you can make an informed choice.