Hyundai Ioniq 5: The Electronic Vehicle Of The Future 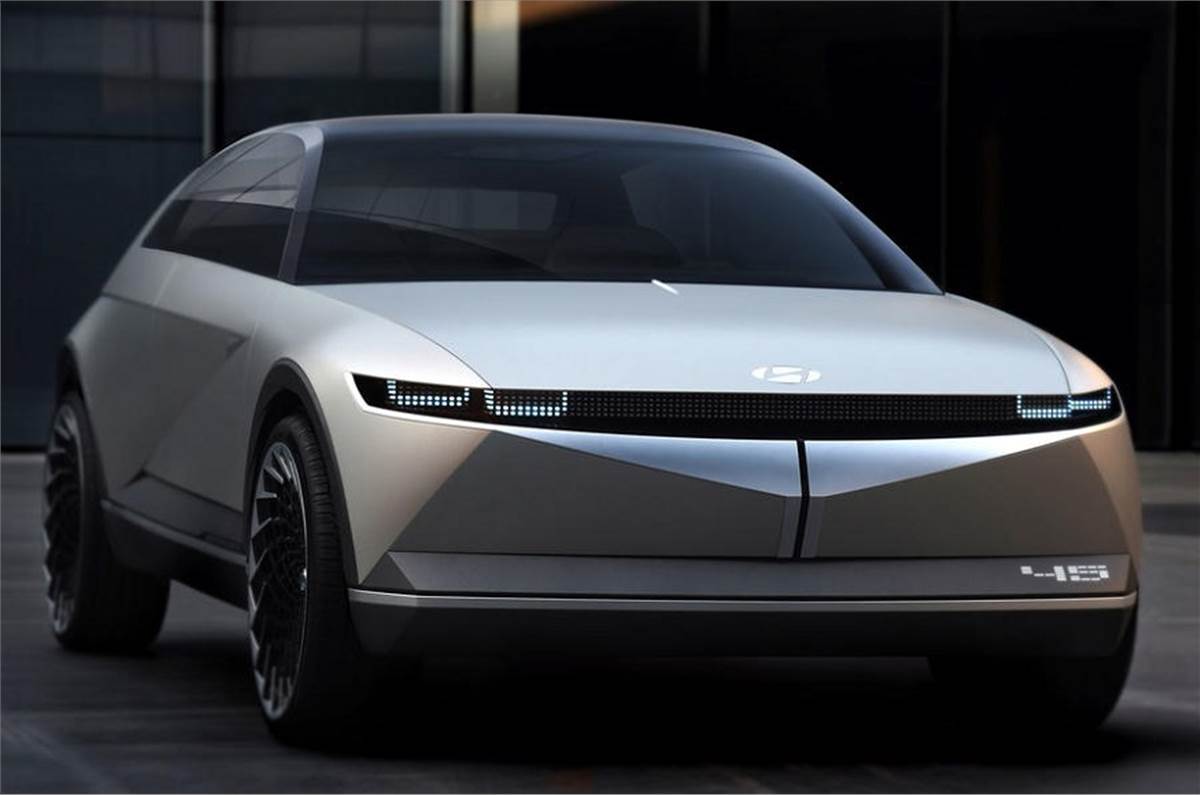 The new Hyundai Motors Company’s Hyundai Ioniq 5 electric is an accessible electric vehicle option for the consumer shopping compact crossovers. This new Hyundai Ioniq 5 is on its way to give people an EV that has plenty of power and space, loads of ultra-modern features, and sharp styling.

The Hyundai Ioniq 5 is a global model that will be first launched in Europe and South Korea starting this summer. The United States customer will have access to the EV by this fall.

Hyundai Ioniq 5 on its Way: The Big EV Plans

The Hyundai Ioniq 5 On Its Way continues a push to electrification that has been already shown by the Kona EV and two hybrid variants of the Santa Fe midsize crossover from Hyundai. Sources say that Hyundai and its corporate sibling KIA have vowed to introduce 23 new electric vehicles, both plug-in hybrids, and conventional hybrids to the market by 2025.

The company says its goal is to capture an 8-10 percent share of the global electric vehicle market. Further, it said that they even aim to have a fully electrified lineup by 2040. To achieve that kind of goal, Hyundai plans to launch a subscription service. This service would include Hyundai Ioniq 5 year maintenance cost, payment, and insurance in one monthly bill. Although all this is not yet implemented but might be possible shortly.

The motor company has said it will follow the Hyundai Ioniq 5  with a sporty sedan, the Ioniq 6, which is planned to be released by 2022. Soon after Ioniq 6, you might also see Ioniq 7 by early 2024. All this will be built on Hyundai’s new Electric Global Modular Platform. The company will make use of architecture.

This architecture places most of the critical powertrain components in a flat package. This package will be mounted between front and rear axles. These platforms can support a wide range of electric motors and battery combinations. Hence, it can handle many different body types, from sports cars to SUVs.

The Hyundai Ioniq 5 electric car wouldn’t be suffering from any bad ride quality, handling, and cargo capacity handicaps as the company are purpose-designed vehicles without gas engines or transmissions.

The Hyundai motor group is making its new EV with an angular exterior design, a short rear overhang, and steeply forward-centered rear glass. The new platform allows the Ioniq 5 for a flat floor and stretched-out wheelbase giving more interior space.

The 2022 Ioniq 5’e wheelbase stretches 118 inches. The wheelbase is longer than the Mustang Mach-E, Volkswagen ID.4, or the Tesla Model Y. This gives the Ioniq 5 a competitive 41.7 inches of legroom in the front and 39.4 inches in the rear. That’s more when compared to any electric competitors.

The standard rear-wheel-drive system for the Ioniq 5, makes use of a single electric motor fed through a battery pack. The power output of the EV is 225 horsepower and 258 pound-feet of torque. That means the twisting power of a motor that is needed to get a vehicle rolling from a dead stop.

The top speed for all variants is electronically limited at 115 miles per hour. Which is fast enough to get an Overspeed or reckless driving ticket in any country. To maximize the performance and the efficiency of the EV, the Ioniq 5 will have driving operating modes. These modes include Eco, Comfort, and Sport. In all-wheel-drive models, the first two keep the vehicle in rear-drive most of the time, and the Sport and the Snow default to all-wheel drive.

Hyundai motor group said they will include ultra-fast DC quick charging. That will have a capacity of up to 350 kilowatts on 400 to 800 volts systems as chargers. A 250 kW fast charger on 800-volts systems will charge the EV’s standard range battery from 10% to 80% in 20 minutes.

The new Ioniq 5 is equipped with Hyundai’s latest and advanced technologies. It will have a suite of advanced driver assistance safety technology and Blue Link-connected car features. This feature will include remote starting, remote battery management, and a real-time navigation and traffic condition reporting system.

The cockpit has a 12-inch digital gauge, a driver information screen, and an infotainment touchscreen. All these dominate a long dash in the cockpit. Further, the cockpit is also equipped with a system for controls for climates and audio settings as well.

In the short section of the dash, to the left side of the steering wheel, the EV has a magnetic surface. This surface can be used to post notes, shopping lists, favorite photos, and things like that.

Few standard features that are included on all the variants of the Ioniq 5 are forward-collision warning with an emergency braking system, pedestrian recognition, blind spot, and reverse parking. Further, all the trims will also include rear cross-traffic collision avoidance assists, driver inattention warning, and safe exit assist. This feature will keep the rear doors locked when the car is parked and its sensors detect oncoming traffic.

On limited trim, a 360-degree view camera system will be equipped. It will help the drivers navigate in tight parking spaces and a remote parking assist system will permit the driver to park and pull it out of parking while standing outside the vehicle.

Though the brand still plays within the value-priced category in most segments, its vehicles are typically highly styled, well-mannered on the road. The new Hyundai Ioniq 5 on its way is loaded with amazing features for an EV. The Hyundai Ioniq 5 year maintenance cost is also affordable and also promises to be quick, bold, and a zero-emission vehicle that is clean for any market.