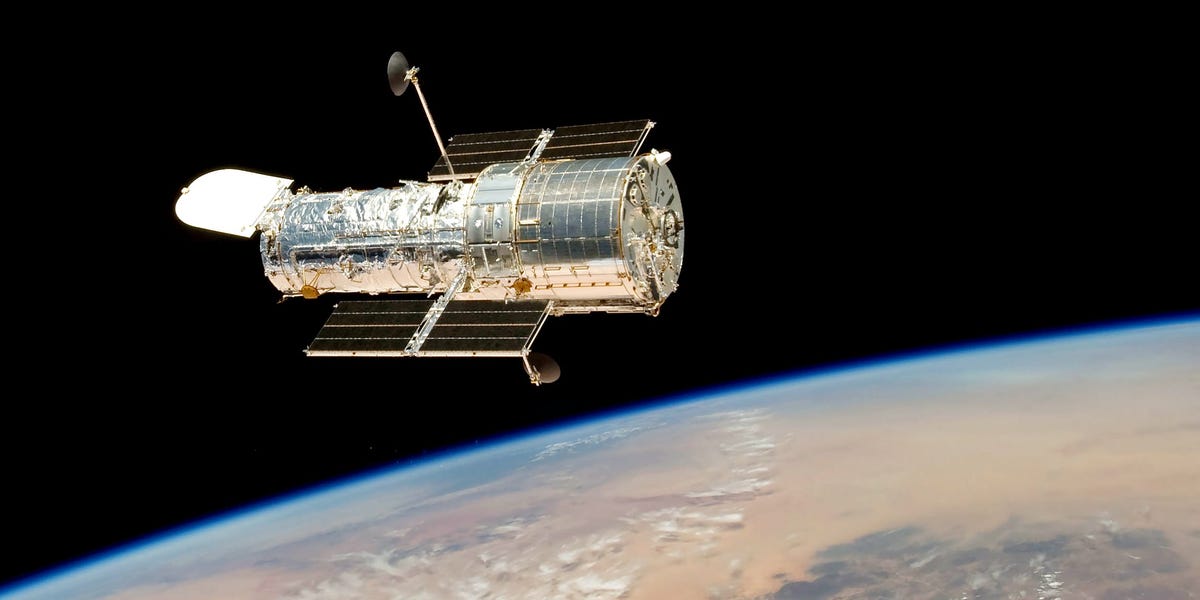 NASA’s ageing Hubble Space Telescope operates in safe mode after it encountered an apparent hardware failure on 13th June 2021. The initial step that NASA wanted to take was to quickly make a switch to backup hardware but the issue by replacing the hardware was not solved. The team is in search of the right solution and the process of tracking the glitches needs much more troubleshooting.

In this article, we will discuss the key aspects of this recent event along with the information about the Hubble telescope that’s still orbiting Earth since its launch in 1990. Read further to know much more about one of the best telescopes and the reason behind the Hubble Telescope still being offline after the error.

The Hubble Space Telescope, also known as HST or Hubble telescope, is the telescope launched into low Earth orbit in 1990 and is still functional. However, this wasn’t the first space telescope but its features make it stand out as it is one of the most versatile and largest telescopes.

It serves as a vital research tool and helps in building public relations in the field of astronomy. Named after the astronomer Edwin Hubble, it is one of the great observatories of NASA similar to the Compton Gamma Ray Observatory (1991–2000), the Chandra X-ray Observatory, and the Spitzer Space Telescope (2003–2020).

The cost of this space telescope during the time of its launch in 1990 was $4.7 billion! This expensive telescope features a large mirror extending up to 2.4 meters and mainly four instruments that observe the different regions in the electromagnetic spectrum such as ultraviolet, visible, and near-infrared regions.

Most of the visible light images by this telescope have helped to record and enhance deep-space learning leading to several breakthroughs in its domain of astrophysics such as the determination of the rate of expansion of the universe.

The Hubble telescope completed its 30 years of operational life in April 2020 and will last up to 2030 to 2040. Like its successor, the schedule of the James Webb Space Telescope is ready and all set for launch by late 2021. It is the only telescope with design features such that maintenance is possible in space by astronauts.

Why is the Hubble Telescope Still Offline?

Hubble Telescope is still offline because of the following reasons:

1. Design of The Telescope

The design of the Hubble telescope with the aspects of being in use for a limited time but many of its components have served a purpose for these many years. Even though it required regular upgrades and service missions after its launch in the initial phase, most of its core components are still the original ones, based on technologies decades old. One such example is the 1980s Standard Spacecraft Computer-1 (NSSC-1), the payload computer is the original component.

Storage of the backup of all the data of NASA’s payload computer is in the scientific instruments and command and data processing (SIC & DH) units of NASA. The ground team switched on or power on the backup computer a few days ago for the first time. The previous attempts to switch to one of the three backup memory data failed to rectify and fix the memory access memory.

2. Troubleshoot/Backing Up of the Device

This is a similar issue that many of us would have experienced in which the PC or laptop requires troubleshooting except for the fact that this issue in NASA is totally on a higher scale.

The backup is a boon even in this time of crisis as it will help to regain the same position once the issue is solved. According to NASA, all these hardware components are not likely to malfunction at the same time frame, hence other issues are affecting them all. So, a search by NASA for all the other components of the space telescope for searching the root cause is being planned.

One of the main reasons might be the Command Unit / Science Data Formatter (CU / SDF), although as of now this is just a suspicion which is another module of the SIC & DH unit. Its function is to format the commands received by the device and the data or information returned.

Another inspection that NASA is focusing is on the power generator to check whether the wrong voltage supply is being supplied. The good news apart from the error is that both of these components have backups and they have to just find the source of the issue. On determination, the backups will prove to be the solution to replace all the lag.

Why is This Important?

The Hubble has served its purpose for about 31 years to deepen our perspective and knowledge about space, understanding the universe, and shed light on several facts unknown to us before. It has led to a major contribution in almost every field of astrophysics, starting from exploring, examining, and knowing about the planets in our solar system, planets that are orbiting other stars in our galaxy, and much more.

Further, the documenting process of the evolution of galaxies in our universe to know the accelerating expansion of the universe is possible because of this space telescope.

Although the successors of this space telescope are ready to take its place it will be a great relief if NASA can successfully bring this iconic observatory back to functioning condition. The information about the launch of this new telescope has not been announced as of now.

In this article, we have discussed the Hubble Space telescope which is one of the best telescopes in space which has proven to serve for several decades and the recent event about why is the Hubble Telescope still offline? Also, about the error related to memory modules. Hope this information was useful in learning about NASA’s renowned space telescope.