Hogwarts Legacy - Everything You Need to Know! 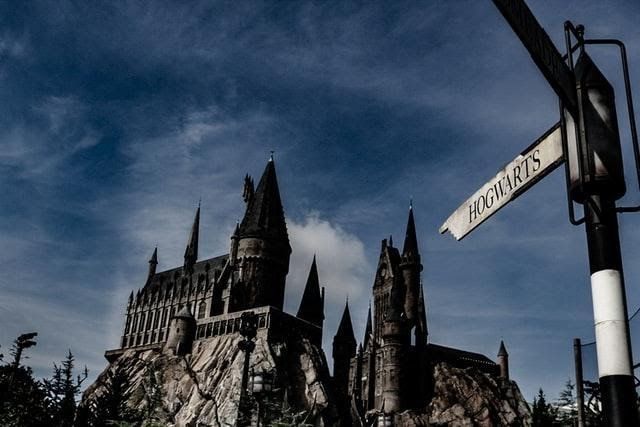 Are you a die heart Harry Potter series fan who still wishes to get the Hogwarts invitation letter? Harry Potter is a well-known series of seven drama and fantasy fiction novels written by J.K.Rowling. Ever since she published the first novel of this Fantasy Friction, these series have made millions of fans around the world. It gained even more popularity when these series were made into movies. Fans all over the world were completely mesmerized by the wizarding world, their spells, and favorite. However, like everything, even the Harry Potter series had to come to an end. And devastated the fans with the release of the last novel in 2011.

It’s 2021 and finally warner bros games and avalanche software are getting close to giving you a remarkable experience of the Harry Potter Universe. In less than no time, you will be receiving your long-awaited Hogwarts letters. The “Hogwarts Legacy” is a complete open-world game that is set in the Harry Potter universe. As its name suggests, Harry Potter and the Hogwarts of legacy are going to take you to the wizarding and witchcraft school Hogwarts. Unlike the movies and novels, the Hogwarts Legacy is set in the 1800s. So don’t get upset if you fail to identify many faces in that game.

About Harry Potter And The Legacy Of Hogwarts

Here you will get to know everything about the harry potter and the legacy of Hogwarts:

Initially, this game was set to deliver in 2021, but it was postponed saying the game has to be “bug-free”. Which leaves us muggles, nothing but wait till 2022 for its release.

In Hogwarts Legacy, you will be playing as a student who is let into Hogwarts School of Witchcraft and Wizardry around 5th year.  The game starts like how the Harry Potter Story goes, you will be learning magic in classes. However, you realize that your character has some special connection with the ancient magic hidden deep within the Hogwarts school. Now it is up to you how to utilize your powers. You can either stop this power from tearing apart the Wizarding world or else take advantage of it further for your benefit.

Like any other game character creation is an important part of the game. Especially if the game is based on some famous novel and movies, like Harry Potter. Then fans would already have an image of how they will flaunt in Hogwarts uniform. Multiple sources on the web have suggested that in Hogwarts legacy you can customize your character to a great extent. You can customize how your witches and wizards will look. You can even choose one of the four grand houses of Hogwarts – Gryffindor, Hufflepuff, Ravenclaw, and Slytherin. As you have access to choose your house you might even be able to explore your castles as common rooms are different for different houses.

Various sources also leaked that character creation will also include transgender-inclusive customization. That means you will be able to adjust the body type and the voice of your character to make the game more transgender-inclusive. Even though this is a great step to fight toxicity in the gaming world where usually characters are either male or female. But, a small part of the audience thinks this step will barely make amends.

Exploration: Exploring The Legacy Of Hogwarts

Hogwarts Legacy being an open-world game, one can expect a sizable map to chart. Like you know, Hogwarts has many secrets hiding in camouflaged alcoves, changing staircases, and chambers guarded by portraits. Sources suggest that the game will have multiple locations set from the novels. Such as Diagon alley, Hogwarts Castle, the great gall, library, portion classroom, forbidden forest herbology classroom, etc. You can even visit the Hogsmeade and enjoy a cup of butterbeer.

Even though not much has been revealed by Warner Bros and Avalanche Software, but few activities have been valid. For instance, lessons in Hogwarts school with portions, transfiguration, and Herbology, Quidditch Match. You might also be able to play with wizard’s chess, fight with dragons, fly Hippogriffs, care for the magical creatures at Hogwarts and even duel some dark wizard.

Read also: Want To Add Lyrics To An Instagram Story? Here’s What You Need to Know

What More To Expect From The Game?

One can expect some serious fan service in this game as each Harry Potter fan might want to unravel a different portion of Hogwarts. You can even hope for some all-time favorite spells and curses to be brought to life in the game. Exploring the deep lakes and the forests of Hogwarts and discovering some amazing magical creatures would be exciting.

Although details are thin about the “Hogwarts Legacy” game, yet the game seems promising. However, the complete wishlist of a true Harry Potter might not fulfil. But this game will quench a few of those wishes. Being an open-world game, you can get some great experience of the legacy of Hogwarts from this game.