5 Steps To Fix Parse Error On Your Android Device 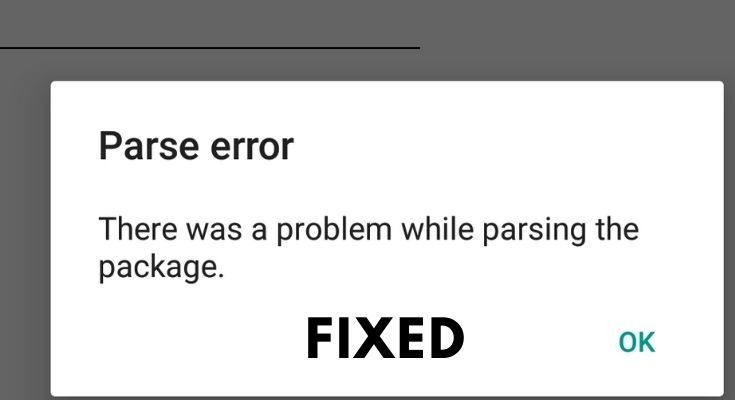 We all encounter numerous errors while we are working online or using our mobile phones. Sometimes, we know the cause of the error because the alert given by the device is quite straightforward and we end up fixing it to avoid further problems. However it’s not so with a parse error. Let us know what is it and how to fix it. For example, you are working on your laptop and your battery is low, you receive an alert or you are clicking a picture and suddenly receive an alert regarding space issues in your smartphone. These kinds of errors and alerts are easy to keep a track of.

What Is A Parse Error?

Now other times, you get an error, say a syntax error in the form of an error code, what do you do? Nothing because we are unaware of it. Similar to this error is one such error that is called parse error. What is a parsing error? This is an error message that you get on your android phones when you are trying to install an app, and it fails. One cannot be sure about the specificity of the parse error as there are many other factors too that can lead to the parse error. Therefore, if you wish to install an application that could not be installed due to the parse error, then you have to trace its root problem and fix the parse error first.

What Is The Reason For The Parse Error?

These were some of the possible reasons that can lead to the parse error. Now let us get to the methods to fix it.

How To Fix The Parse Error On Your Android Devices?

Read: Best 10 Ways How You Can Improve Wifi Signal

Your android phone is set to prevent the installation of the apps from the play store or the android market by default. Therefore, if you want to fix the parse error on the android device you need to check the unknown sources and close them off. Here is how you can do it:

Another reason for the parse error is due to the activation of the antivirus on your phone that might be considering the new application as a threat or a virus. Turn off the antivirus and try installing again.

Also try: Android Developer Mode: 10 Things You Can Do

If you see that nothing is working, then the last resort is to reset your phone and clear all your data. When you reset your phone, you will have to update the phone to the latest version of android which facilitates the installation of the app and removes the parse error. This is how you can fix the parsing error with the above five methods on your android device.