Fallout 3 Vs New Vegas : Which Is The Better Choice? 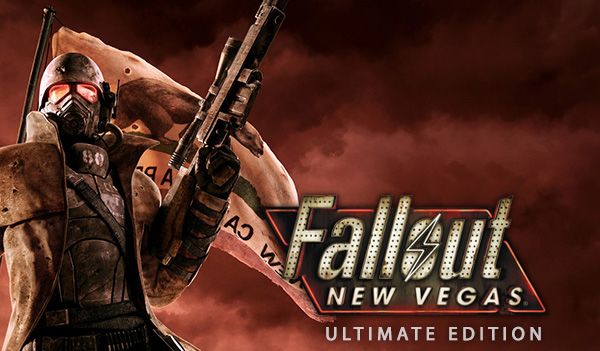 Fallout games are one amongst the classics for the Xbox 360, PlayStation 3, and Microsoft Windows. New gamers wouldn’t want to miss them before moving on but they might be confused between Fallout 3 vs New Vegas. Apart from these two comes Fallout 4 which also gained the attention of gamers as it has a better nature of the story, personal experience, and side quests. However, it always compared with the Vegas and Fallout 3 versions in terms of gameplay, exploring abilities, and other gaming aspects.

Also, check out: A Guide On How To Enable Dragon Age Origins Cheats And Cheat Codes To Ace the Game!

In this article, we will check out everything about Fallout 3 and Fallout: New Vegas to get a clear idea about which one of them both is better and a must-try option for gamers!

Fallout 3 was released globally in October 2008 such that it can be accessed using Xbox 360, Windows, or PlayStation 3. The game revolves around the storyline of a post-apocalyptic world filled with adventure and actions. This video game was developed by Bethesda Game Studios, as the third main or major instalment in the series Fallout. A major shift from 2D graphics to 3D graphics and real-time combat can be witnessed in this version, unlike the previous ones.

Fallout 3 was awarded several titles such as the Game of the year awards, to appreciate the open-world-based gaming experience the users could enjoy along with a flexible character-levelling system called the S.P.E.C.I.A.L system (Strength, Perception, Endurance, Charisma, Intelligence, Agility, and Luck) hence making it one of the best video games.

Fallout: New Vegas was launched in April 2009 as a spin-off of the Fallout series with the same genre of a post-apocalyptic world that allows users to make real-life actions, decisions, and much more. However the story is based on a futuristic timeline, that is, in the year 2281, exactly 204 years after the bombs fell and four years after Fallout 3. The main character is called the Courier is controlled by the player who is ambushed, robbed, and shot while transporting a parcel or package across a desert to the city of New Vegas (which was known as Las Vegas earlier).

The player is injured badly and is almost left to die but later after surviving the journey as the Courier begins. The player has to find the killer, claim the package and meet across several characters making friends, enemies, etc. Ultimately, the player would be held up in a conflict which would decide who would become the new controller of New Vegas and the Mojave Wasteland. It was welcomed on a global scale and more than 5 million copies were sold. In 2011, a Golden Joystick Award for ‘RPG of the year’ was received by this game,  was nominated for BAFTA Awards (Best Strategy Game and Best Story), and a NAVGTR Award for Supporting Performance in a Drama.

Also, check out: Looking For Games To Play On Steam? 8 Most Popular Games On Steam

To find out which is better Fallout 3 or Fallout New Vegas let us compare the individual gaming experience, graphics, player freedom, etc. Both the games combine to form the best RPG as well as the FPS genre. The general opinion of gamers is that while Fallout: New Vegas is better in terms of gameplay and storyline, Fallout 3 has an interesting world free to be explored by the players.

Also, check out: Can’t Play Your Game Because Of The Binkw32.dll Error? – 4 Easy Steps To Fix It

Fallout 3 has a better space for exploration and almost every building would provide something meaningful or useful. Hence it provides an immersive and rewarding exploration. The players can approach new places from the beginning and find several weapons, clues, etc. There are other interesting places such as maze-like underground tunnels which might be confusing as they have invisible walls. Hence, Fallout 3 has the advantage over the latter in terms of the design of the gaming world. The Mojave desert in Fallout: New Vegas has a boring exploration experience when compared to Fallout 3 which has lots of landmarks to check and find new things.

The Fallout: New Vegas has another major glitch which is based on the routes that players choose. If a player takes the wrong route then they would be easily killed or slaughtered by enemies possessing more powers than them. For example, the wrong route might lead to getting killed by radscorpions, deathclaws, etc. and if chosen the right path then the risks of meeting sudden or unprepared attacks are possible.

The main missions are better in Fallout: New Vegas than Fallout 3 as more of the missions can be unlocked by meeting new people or characters. Some of such tasks include gaining the trust of boomers, collaborating with NCR, White glove society, etc. make gaming more interesting. The variety of missions and importance of each character involved makes the Fallout Vegas version better and is supported by advanced weapon varies, strong armor, and extra side-missions. These enable gaining more XP and perks with a powerful storyline.

Both the games of the Fallout series would come under must try for the gamers as each has its perks, style, and highlights. If you are a gamer in search of a strong storyline, superior gameplay, and engaging missions then Fallout: New Vegas is the right choice otherwise if you want a fun-filled, adventurous, and realistic gaming experience, then choose Fallout 3.

In this article, we have discussed the two most important games launched in the Fallout series of video games and compared them to reach a conclusion about choosing the right choice by reviewing the Fallout 3 vs New Vegas highlights. Hope this was useful to conclude over which one is better for you and enjoy the gaming experience!