Could Electric Buses Be The Next Big Thing In Future? 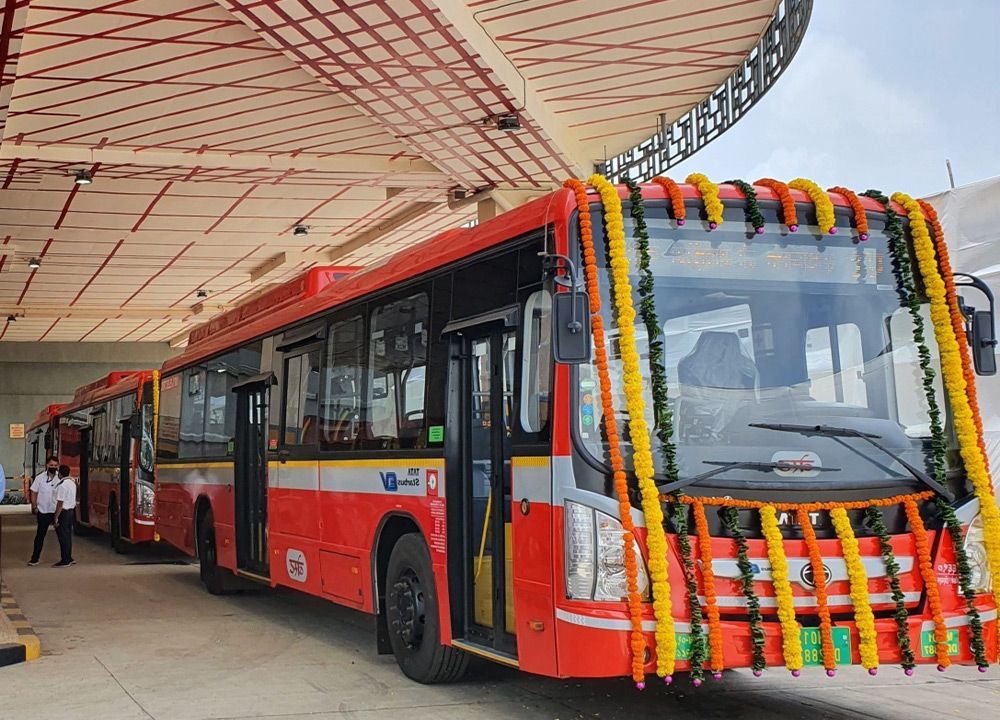 We are in an age where development is directly proportional to how fast a task is now being completed with the new technologies being implemented in the system. Shifting the focus on transportation and the need for technology and improvement in it, it is extremely necessary that it be kept updated. In today’s time, transportation plays a major role in people’s lives which is why we are seeing modifications and updates. Starting from simple trains and buses, we have now been shifted to metros and trams. This not only has reduced the time taken in travelling but also the cost that used to incur before. Therefore, it has benefited the commuters in a great way.

In the case of buses, they also have gone through major changes and improvements but not to much effect. The recent introduction of electric buses in transportation technology is quite challenging to its other counterparts. Buses are comparatively cheaper than metros and trains for that matter and the arrival of electric buses have made the deal easier. These electric buses started back in China a few years ago and gradually spread to the rest of the world.

The Sales and Functioning of the Electric Buses

Electric buses have burst into the cities and have gained popularity due to the right reasons. These electric buses are eco-friendly, air-conditioned, and along with these facilities, they charge less than metros and other means of transport.  Let us now get into the details and workings of the electric buses.

First of all, the big difference that sets these hybrid electric buses apart from the normal buses is the fuel they run on. These buses do not run on diesel fuel or gasoline, like others, but rather use an internal battery and a combustion engine for their functioning. This is why these are considered as a better alternative to the traditional buses.

The electric buses were from China originally, so the country shares a large percentage of the sales. China electric buses were said to be around 3 million during the year 2017. China shares around 17 per cent of the electric city buses that are present in the world today. Anywhere else in the world, the percentage is quite low, almost in decimals. Even the sales have increased from 69 thousand units to 132 thousand units in just one year: from 2016 to 2017.

On that note, the San Francisco municipal corporation has also taken an initiative towards a zero-emission policy. Therefore, San Francisco electric buses are on the rise in order to make San Francisco go green. These battery-electric buses will help in generating zero greenhouse gases as they use batteries and also will not exhaust the air pollution.

The Benefits of Electric Buses

Along with this, let us talk about the benefits of electric buses in today’s time and how important they are both to the one using them and to the environment. Let us take a look at them:

Another very noticeable thing when you drive or just take a ride on the electric buses is that these are awesomely quiet. The normal traditional buses are very noisy due to their internal combustible engines as compared to these electric buses.

This is a great benefit for a country with many economic fluctuations and also another reason for the increase in the sales of battery electric buses in India. With diesel and gas-powered buses, there was a lot of maintenance and high-cost repairing. On the other hand, with the electric buses, the expenses like changing of the engine oil, engine air filter, transmission maintenance, smog testing, etc are almost absent from the scene. In the battery electric buses, you also do not need to change the cooler as often. Therefore, few maintenance things translate into more savings.

Affordability is another big factor that has attracted many big customers and organizations to buy electric buses. Electric buses are way cheaper than other traditional buses. Many organizations take a step back thinking the advantages it entails might make it costlier, but that is untrue. The electric buses, as talked about in the earlier points, minimize the maintenance costs and above all, there are no fuel expenses too.

Due to these reasons, the rise in electric buses is inevitable and will completely take over the traditional buses in the upcoming years.