Crash Bandicoot 4: It's About Time: Your Favorite Game In 3D Version 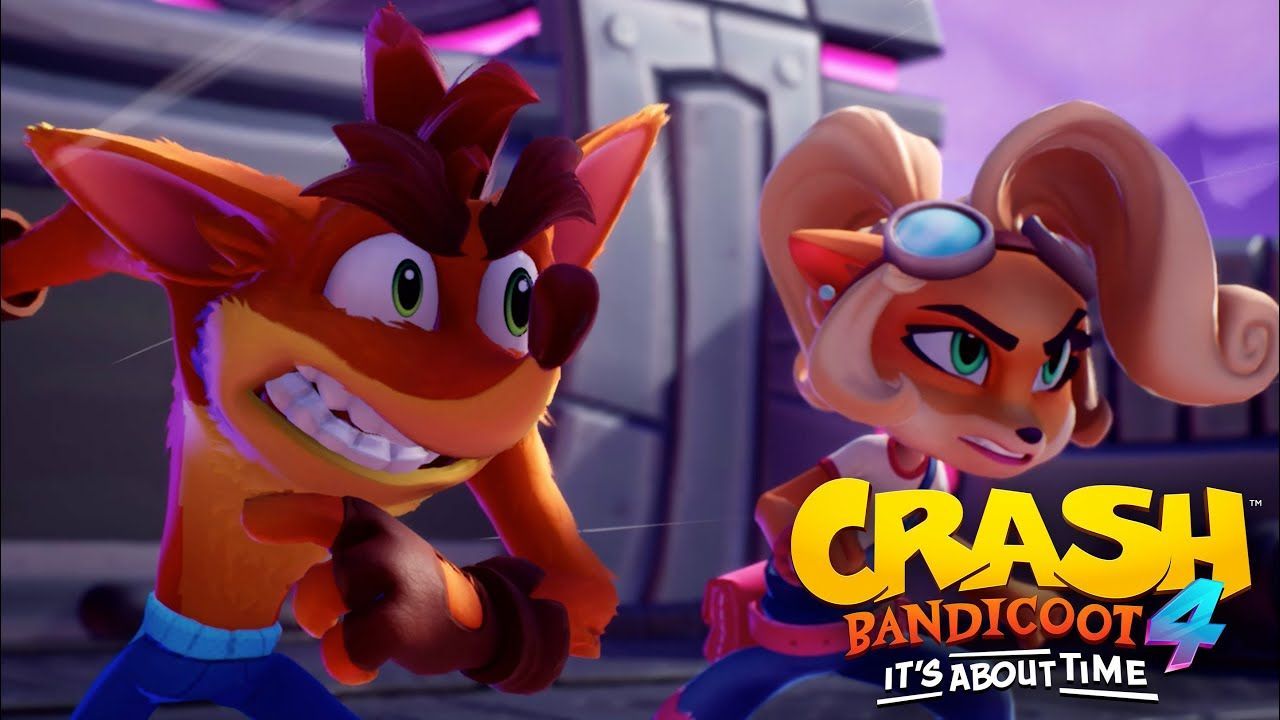 The new Crash Bandicoot game was first launched in 1997, which later was launched in the year 2020. Gamers would already know what is being talked about but the new version of the game has some major differences from the last one. Earlier it was only available in 2D, but now the Crash Bandicoot: It’s about time has been launched in 3D version thereby bringing higher screen and graphic resolution to the game. The game will bring you full nostalgia for your old days.

The gameplay for the crash bandicoot 4 is not as simple as its storyline is. Now, when you will start the game, you will be presented with two options, which are, the classic mode or the modern mode. In the classic mode, you will be playing with a limited number of lives only which is comparatively difficult to the modern mode. In the modern mode, you can play easily without worrying and keeping count of your lives because you get an infinite number of lives. In the modern mode, there will be a tracker that will keep a track of all your failed attempts. Even though the game looks easy and non-threatening, it is quite challenging when played.

The gameplay structure of the Crash Bandicoot involves you navigating the 3D game world from one point to the other point which is quite similar to you navigating in the original trilogy from point A to point B. You get to meet new challenges and new elements in the game but these challenges vary according to the level of the game you are playing. For example, if you are a beginner you can jump over obstacles in the game and rail in the grind. You can run towards the camera and run away from the camera. The game is set in the prehistoric jungles that are inspired by the theme park.

Each level you will play will have a larger objective and a higher difficulty level. For example, you will need to find a certain percentage of the Wumpa fruit, you have to unlock all the crates, find a hidden gem, etc. You are provided with many options and choices in the game to achieve and complete the objective required for each level like making long jumps, making dashes from one place to another, making spins against the enemies, etc.

Further in the game, there are different kinds of enemies you will encounter to move forward in the level. These enemies will change according to the objective and the difficulty level of your Crash Bandicoot 4: It’s About Time. Some of the new enemy types that are included in the game are sand sharks, giant locusts that are lightning, and also you will find the twisty jumping sections in the game as well. Generally, the obstacles that you have already met in the level earlier, do not appear again. But if at any time you meet a new obstacle that is similar to the old ones, it is usually revamped and made more challenging than before.

Related: 9 Best Stealth Games To Play To Kill Your Boredom in 2021

Despite the game following the footsteps of the original trilogy and the naughty boy, it offers a great deal of content to its players. The content is enriched in the Crash Bandicoot 4: It’s About Time by bringing new challenges and new gameplay mechanics. Apart from updating the game from 2d to 3d, the still has many things to offer its audience: both beginners and advanced players. To make the game more attractive to the users, it is filled with different catchy colors and graphics, a new sense of humor and more thrilling challenges. By incorporating these things into the game, not only has it added to the fun, but also a constant nostalgia of the old one. With the multi playable character and interesting level that is filled with secrets, and has been a big hit.

On the other hand, some found the game not as appealing as the others. One thing that some players found irksome is the game consists of multiple checkpoints which for some is not fun, but rather a hindrance to their game. Secondly, the neocortex levels for some players are not up to their expectations and they find the game too familiar even though the game is a glorious return.