Is Your Internet Slowing Down Your Work? 6 Ways to Boost Your Wi-Fi Signal! 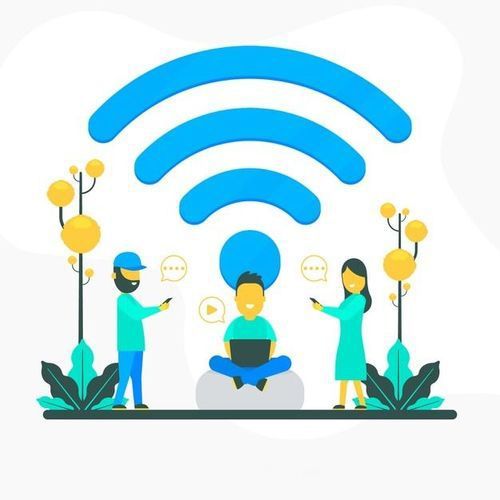 At present, the whole world runs on the internet. Everything from delivery of groceries to offices and classes. No one would like to get stuck in between important meetings, or select groceries from the list again and again, or miss out on class.  At times like this having a weak WIFI signal could be one of the worst nightmares. If you are facing a weak WIFI signal despite having a new connection and do not know how to boost your Wi-Fi signal. Then do not worry. In this article, we will walk you through some tips to boost your Wi-Fi signal.

How To Boost Your WIFI Signal?

Have a look at the list of 6 tips to boost your WIFI signal:

1. Position your router for the optimum position

While it is usually a misconception that your position won’t affect your router. But, not all routers distribute the WIFI signal equally. Every WIFI router has a limit to where it can send the WIFI signal without any strength loss. But, in most cases when you set up a WIFI connection at your home, the length of the cable decides the position of the router.

2. Remove obstruction and intruders from your router’s oath

Since routers use the same wireless channel (2.4 GHz) as most wireless items, there is a high chance of your WIFI signal getting interfered with. Hence resulting in a weak WIFI signal. To overcome this make sure your WIFI router is present in a place that is away from electronic items or heavy-duty appliances.

Such as Cordless phones, Baby monitors, Microwave ovens, Security alarms, and other similar items. In addition to this make sure your WIFI router is also kept in a location where it has maximum open space. Having less obstruction can boost your Wi-Fi signal. Sometimes if your WIFI network is an open network or has a weak password then your network could be easily hacked by unknown people. Such people can misuse your network and download huge files that would make your WIFI signal weak. To find out who is stealing your network you can log into your admin’s interface.

Once found out who is the intruder, we would suggest you protect your network with a high-security password format like WPA2 rather than WEP. in addition to choosing the high-security format, we would also like to suggest you add some hard password instead of your date of birth or your name followed by 123.

Read also: How To Make A Degree Symbol In PowerPoint?

It is a general concept that everyone follows that something good must last more than 4 to 5 years. However, this is not the same case when it comes to electrical items. As technology is evolving every second, new and new features are used to enhance the comfort of people. That is why even if the electronics item lasts more than 4-5 years it can’t be used that long.

The same applies to WIFI routers as well. As the technology updates, new features are put onto the new router models. Hence if your WIFI router is 3 to 4 years old we suggest you try making an upgrade to your hardware. Even if you have subscribed for a high bandwidth plan for your network, if your router is old then it might not be able to give out the required bandwidth. You can look for a router that provides a 54 Mbps bandwidth signal or more.

5. Give a check to your WIFI frequency

First, take a look at your WIFI router. Is it a dual-band router? If yes, then the reason why you might be facing poor internet might be because you have set your WIFI frequency to a lower frequency. By switching to the 5HGz band instead of using the common 2.4 GHz and.

Moreover switching over to the 5GHz not only increases the frequency but is less likely to encounter interference, as 5GHz is not commonly used. Most modern dual-band routers will offer you the option to use the same network name, or SSID. Check your router’s admin interface, and look for the 5GHz network. Once you have found the 5GHz network gives it the name SSID name and password as your 2.4GHz network. That will allow your device to automatically choose the network that will work the best for you.

It is always a good idea to keep your WIFI router updated. Router manufacturers are always improving software to make it faster. The difficulty of upgrading your firmware depends entirely on your device’s manufacturer and its model. Most routers that are made nowadays have the update process built right into their administration interface. So the only thing you have to do is to press the firmware upgrade button. The older models, the ones that were made 3- to 4 years ago, still require you to visit the manufacturer’s website to download the firmware file. It’s just a simple fix to boost your Wi-Fi signal but a tedious one.

We would like to suggest you always update your firmware regularly for better performance of the router, better features, and security updates. You can find the guide on accessing the router’s settings.