Apple iPhone 13 Surprising Features You Must Know About! 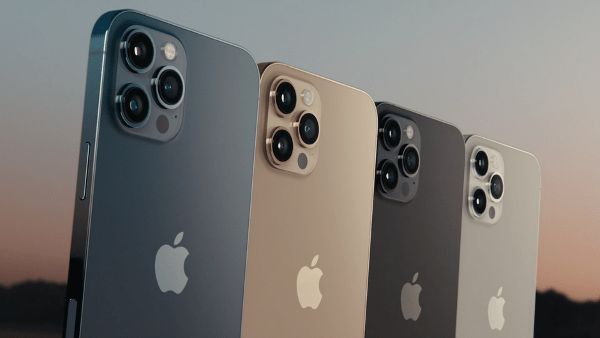 It has not even been a year since Apple launched the iPhone 12 series and now Apple iPhone 13 rumors along with iPhone 12s launching have surfaced all over the internet. Is it true or just another internet sensation? We do not know as of now, but certain speculations can be considered trustworthy but at the same time, we cannot lean on then entirely and wait earnestly as they do not come from the official Apple headquarters. These iPhone upgrades have taken everyone aback and agape.

Regardless of all the hustle and bustle over the internet, let us evaluate and speculate the news what all possibilities are there in the upcoming models of Apple irrespective of the veracity.

As we hear about the Apple iPhone 13, let us have a look at some of the interesting and upcoming features of the phone. Now, this year in 2021, sources have leaked that the iPhone will release a portless design and the inclusion of astrophotography. Regarding the naming of the upgraded iPhone by Apple, we are still not sure whether the upcoming model will be called iPhone 13 or iPhone 12s.

An internal report from the Apple headquarters, not a formal announcement of declaration, has leaked that Apple is thinking of referring to this year’s iPhone’s upgrade and assimilating it into the S series of the last year iPhone 12 upgrade and keeping minor changes in the upgraded model.

Read: What You Need To Know About Reachability Mode on iPhone?

Is Apple Bringing Astrography To iPhone 13?

Perhaps this is the greatest news of all time which has led to the increased hype among people. Apple’s move to introduce astrophotography is big news as it will be the first company in the realm of smartphones to do so. With the astrophotography mode, you can take clear pictures of the night sky with longer exposure to increase the light intake and Apple in-built processing of the photos.

After introducing portrait mode in photos with manual changing of the depth of field, Apple has been working on portrait mode in videography too. This is one of the Apple iPhone 13 expected features which is more likely to happen as Apple itself announced that it has been working on it for quite some time. For users, manually change the depth of field in the video after recording will eventually and inevitably take heavy processing power. Here comes the 5nm A15 Bionic of iPhone 13.

Apple is going to modify its camera to six-element lenses instead of five and this is going to reduce the quality of the ultra-wide lens as the gap between the lenses will be reduced. Even the aperture on the iPhone 13 will be changed from f/2.4 to f/1.8 allowing bright photography in low-lit environments.

Design And Other Specifications Of The iPhone 12s/13?

After talking about the most-awaited quality of the upcoming iPhone 13, let us see more into the specifications of design, display, size and connectivity. Starting with the design of iPhone 13/ 12s it is expected to look like its closest iPhone 12 series or might be slightly thicker, we are unsure of it yet. The thickness is required to increase by 0.26mm but the rest height and width will remain the same.

There is also an expectancy of introducing the iPhone 12s/13 in three different sizes like the models that came before. One can be of 5.4 inches OLED display, the other of 6.1 inch OLED display and the final one with a 6.4 inch OLED display. These are just speculation by a source.

This is also one of the Apple iPhone 13 expected features as Apple has been talking about it for a long time and is expected by professional analysts that it is highly likely to come true in the iPhone 13 model. There is also another speculation that suggests that not all models will be getting the 120 Hz display in iPhone 13, and only higher versions like iPhone 13 pro and iPhone 13 pro max might get it. Moreover, these upper models of iPhone 13 can also have an adaptive refresh rate in which you can change to 120 Hz when needed and change it back 60 Hz when it is not needed.

Naturally, this will also see certain modifications like the under-screen touch ID. The earlier models of iPhones were complained due to the inefficiency to recognize faces hence Apple would choose to bring back the touch ID button with modifications and improvement in the Face ID detection. There is also a possibility to embed the fingerprint sensor in the power button like the earlier models.

With Samsung introducing 5G, Apple will certainly not leave itself behind. As the competition gets higher, Apple has improved connectivity to stand out from its counterparts. Hence, the introduction of the 5G connectivity in iPhone 13 is the head of all the features in Apple iPhone 13 expected feature. A report this year suggested that Apple has added a supplier of mmWave 5G in the antennas of the new iPhone 13.

There have been constant struggles to completely render the iPhones portless and Apple is going to implement it in the iPhone 13 model. This is another surprising feature of Apple iPhone 13. Hence, this would be the first portless iPhone model in the history of iPhones.

With all these modifications and improvements in the iPhone 13 model, the price is likely to go up and based on the history of its previous models like iPhone 11 and 12, the prices are going to be around INR 90,000 and are expected to launch in March this year. INR 90,000 is quite high but is going to be the base price for the 13 series as speculated. It might seem a big leap, but with all these improvements, it is worth it.