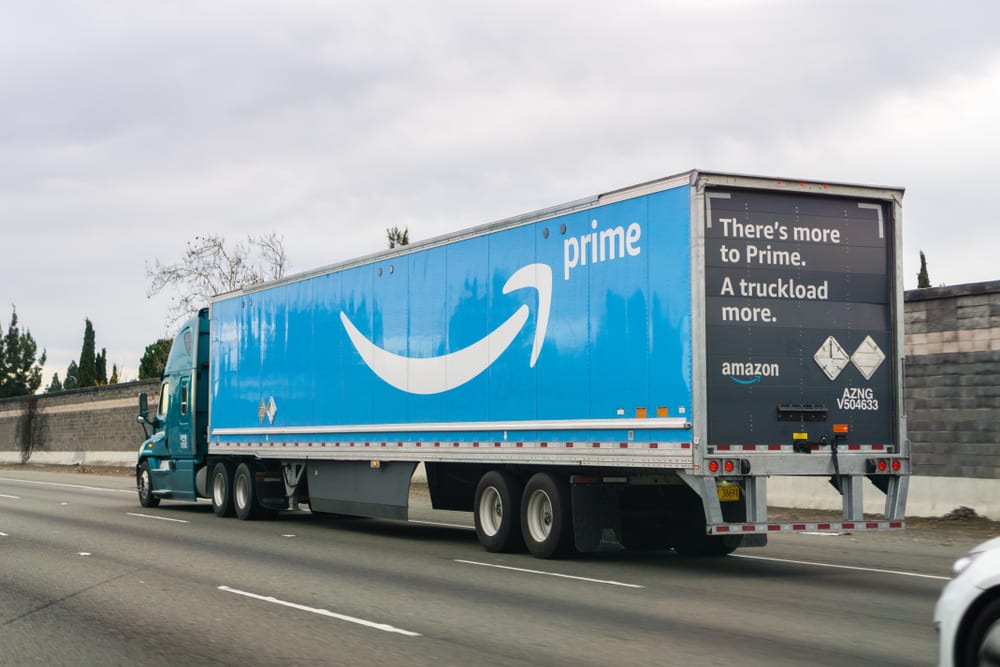 Amazon has always been at the forefront when it comes to introducing new technology in its organization. We might have heard that Amazon has been focused on getting cargo aircraft until recently to control the delivery network. But it has recently changed its plan of getting a cargo aircraft and shifted on to trucks.

Amazon has bought self-driving trucks to eliminate the need for human drivers. This is a big step as the need for human capital has been rendered useless for the first time, for an activity like driving, that has always needed human conscience.

As per the reports, it is seen that Amazon orders self-driving tech to facilitate an easy and smooth delivery. The company has the right to purchase 20 per cent of the company itself and sooner or later it is set to be at the valuation of $3.3 billion. Amazon technology has been seen rising ever since, and now Amazon ordering 1000 self-driving trucks is setting another example of the Amazon technology strategy.

Amazon Orders Self-Driving Trucks but From Where?

Now, naturally, you must be worried about the origin of these self-driving trucks. According to the reports laid forth by Bloomsberg, Amazon has ordered 1000 automated self-driving trucks from a company called Plus. This company has collaborated with the demands of upgrading the Amazon technology according to its needs and upgrades trucks to drive themselves.

The company Plus only has the manufacturing of fleet operators and self-driving sensor systems. Therefore, the Plus has specialities in this field which has been adopted by the Amazon technology strategy.

The company uses Radars, LiDARs and cameras that allow each truck to have 360-degree vision. This system is also known as the fusion-based perception system that allows the self-driving system to operate efficiently, accurately and quickly without a delay.

This advanced technology is already being used by many Chinese delivery companies to remove the burden and hurdles faced by human drivers. Therefore, this company has already deployed many of its self-driving trucks in Chinese delivery company trucks that are said to travel more than 1000 miles per day, which in comparison to human truck driving is way more and promises more profits.

Moreover, Plus is often said to be quite similar to Tesla’s full self-driving mode that allows its driver to sit back and relax in his driver’s seat while the car takes control of itself.

As Amazon orders self-driving tech, we should get to know about its logistics, too. We all are pretty well-aware of the fact about the amount of profit Amazon makes every year. With its rivals out there in large numbers, yet Amazon is successful in beating them with no force at all.

Amazon builds its logistics network through its rivals, which is another fact widely known. Through employing a large number of people, the small reductions in costs amount to a heavy number. This in turn ends up costing Amazon more.

Previously, Amazon invested a lot in a car setup called Rivian that produced 1000,000 Amazon-branded vehicles, another one of Amazon technology innovations. The best thing about the fact that Amazon orders self-driving tech is that we all know, in a profitable business sector, electric vehicles cost less than man-made vehicles.

These electric vehicles aka self-driving trucks that are going to become one of the Amazon technology jobs have low running and maintenance expenses if we compare to the traditional combustible vehicles.

Cost and Maintenance of the Self-Driving Trucks by Amazon

Coming to the expenses section, even the self-driving trucks in the Amazon technology will cost a lot more than the traditional combustible equivalent. The problem with traditional vehicles is that in the long-time run it will cost double due to human capital, gas and other big maintenance work.

On the other hand, electric vehicles might be costly for a one-time purchase but it falls under long term investment as the cost of maintenance and running the electric truck is significantly low and one also steers clear the company of the cost on human labour.