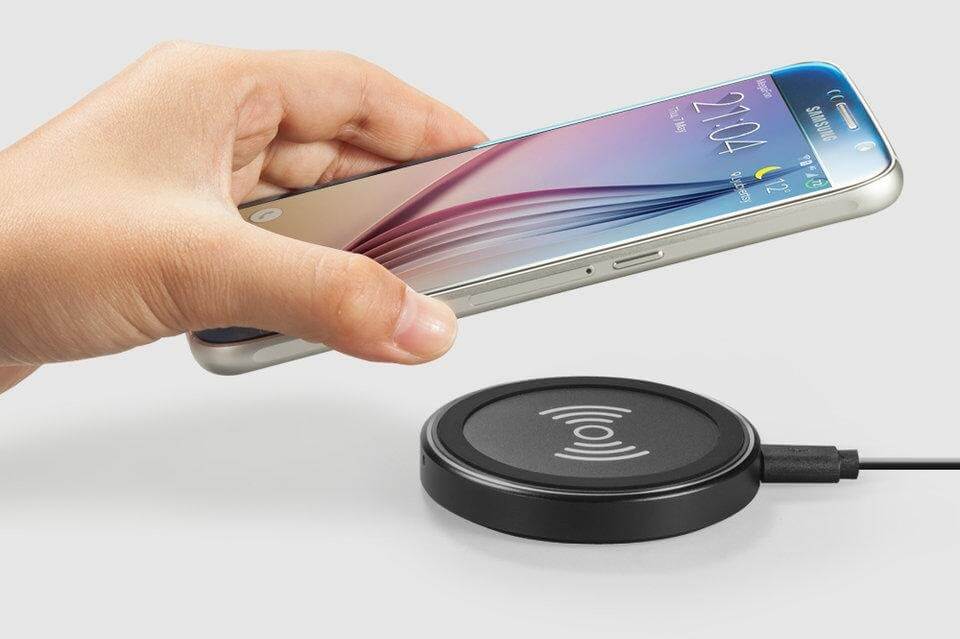 Do you wonder when the concept of Wireless charging was invented? Let us tell you that it has been around since the late 19th century when electricity pioneer Nikola Tesla demonstrated magnetic resonant coupling which is the ability to transmit electricity through the air by creating a magnetic field amongst the two circuits, a single transmitter, and a receiver.

Today you will see that there are nearly a half dozen wireless charging technologies in use. This technology is aimed at cutting cables to everything from smartphones and laptops to kitchen appliances and cars. The no wire charging is used in the healthcare, automotive, and manufacturing industries because it offers the promise of increased mobility

The most popular and advanced wireless technologies that are used by people rely on an electromagnetic field between the two copper coil, which excellently limits the distance between a device and a charging pad. If you are curious about the working of wireless charging then keep reading the article.

What is wireless charging?

Before we tell you how does wireless charging works, let us brief you about this technology. This advancement in technology uses electromagnetic induction to power a growing variety of devices. The technology may not be very new, but its arrival as an option for mobile phones has brought on new-found prominence.

The charging setup for wireless charging typically involves placing the devices (smartphones/ tablets) on a dock or charging station. Most of these will easily fit on your desk or in your handbag.

There is a growing range of accessories that allow for non-wire charging. The mousepad charger is a good example and it offers a convenient multipurpose solution for keeping your phone and mouse perpetually topped off.

We are sure that you will encounter a variety of different names for non-wire charging as you shop, such as the inductive charging or WiFi charging. You will even find some options marketed as WiFi chargers.

These technologies are not similar, but sometimes the two terms are used interchangeably by people. You should be concerned about the compatibility and you should do your research and double-check your device’s product specifications before shopping.

How does Wireless charging works?

We believe that you know that non-wire charging isn’t truly wireless. Even though your phone, smartwatch, tablet or even wireless headphones are not plugged into the charger via a wire, but the wireless charger itself still has to be plugged into a wall outlet to work.

Then the magnetic field creates a current in the coil inside the device that is sitting on the wireless charger. This magnetic energy is converted then to electrical energy, which is used to charge the battery of your smartphone. Devices like smartphones, tablets, or smartwatches must have the appropriate hardware in them to support wireless charger. If the device doesn’t support it, the necessary coil won’t charge wirelessly.

Originally the Qi standard was originally limited to magnetic induction but now it also supports magnetic resonance. This works just the same, but the device that needs to be charged can be up to 45mm away from the wireless charger’s surface rather than touching it directly. Even though this is less efficient than magnetic induction, but there are some advantages of it. For instance, a wireless charger could be kept under a table’s surface and you could place your device on the table to let it charge. This will also allow you to place multiple devices on a single charging pad and charge them altogether.

The Qi charger doesn’t consume the maximum amount of power when it is not actively charging, Instead of this, it uses a smaller amount of power and when it detects a device is placed on or near to the charger, it increases the energy output level.

What are the benefits of a wireless charging setup?

There are plenty of benefits you will receive while using a wireless charger. The set-it-and-forget-it feature alone is enough for many people to consider switching to this tech.

Even though the standard wired-charger setup still has its own advantages, let us look at the most important advantages you can enjoy with wireless battery charging.

This technology can help reduce clutter in your home or office because it comes with a design that fundamentally emphasizes convenience and usability. It also reduces the risk of tripping when your guests or family choose a busy spot to plug in their mobile phones to charge.

If you are worried about over-stuffing outlets or tangling cords in a shared space, you should try the Wireless charger technology. It is a good way to maximize access and minimize fuss by providing a potential charging point for multiple smartphones and other devices.

Traditional wired charging methods, like those with USB cables, can actually expose their users to tampering like surveillance or data theft. The vulnerability is particularly visible in public spots like airports or cafes where multiple users may share the same charging outlet.

You can simply avoid frequent exposure to power outlets all because of these wireless chargers. Power outlets are a constant concern for families with small children. Wireless chargers can help to remove frequent contact, which then removes the persistent household anxiety.

If you are a frequent traveler or if you commute regularly, you have probably already seen the public charging stations. Using a compatible device means you can leave the behind the power cords and adapters at home, which further declutter your travel routine.

We all are aware that there are several issues associated with wired charging. Sometimes there are issues associated with the charging port, while other times the charging cable or adapter is not working. All of these leads users to replace a smartphone because it wouldn’t charge. By removing the need for a USB connection, you can reduce the risk of serious damage that can be caused to your phone’s charging port.

Wireless charging clearly offers a limited range of features, particularly when it comes to improving general safety for users in a variety of crucial ways. When compared to the piecemeal system of non-compatible power cords and charger types, wireless charging is the new logical response to the proliferation of handheld smart accessories.

We believe this article has been of your use and we have also cleared your query about wireless charging.