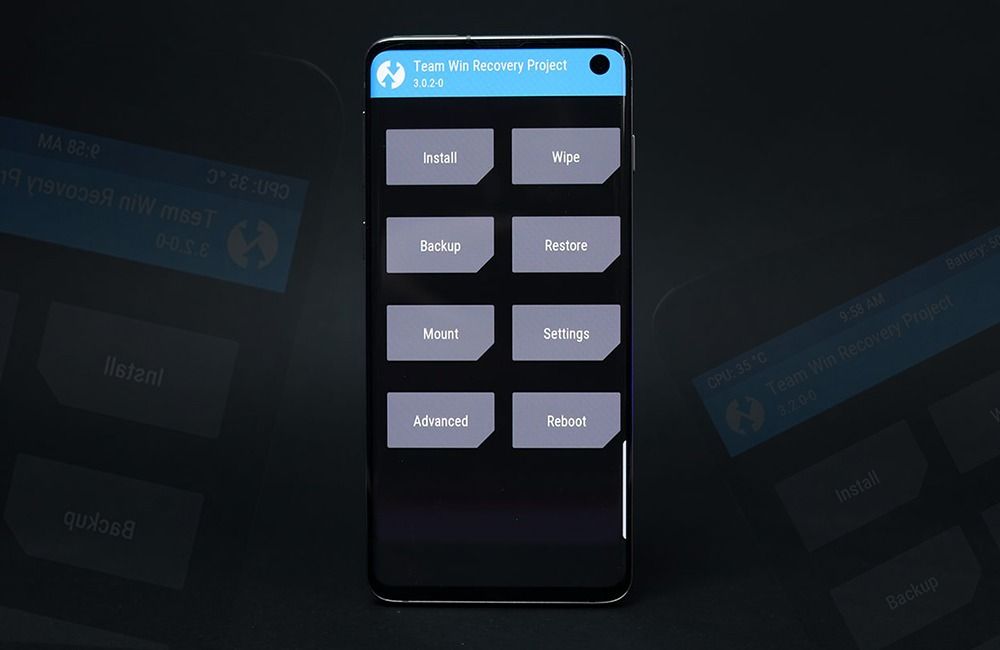 If you want to root, flash a custom ROM, or otherwise dig into the innards of your Android phone, a custom recovery like TWRP is a great way to do so. Here’s how to use it on your phone.

The “recovery environment” that exists on your phone is a piece of software that you barely need to care about unless in more technical situations. This is the software that your phone uses while installing Android updates, restoring itself to factory settings, and performing a few tasks.

The Recovery Mode from Google‘s team of developers is pretty basic, but third-party recoveries–like the Team Win Recovery Project (or TWRP)–unlock a lot more functionality on your device, enabling you to make backups, install custom ROMs, root your device, and a lot more.

So if you’re planning to heavily tweak your phone, you’ll probably need to know how to flash TWRP recovery on your android phone. The process may sound complicated to the layman, but it’s relatively easy if you follow basic steps and know what to keep an eye on. In this article, we’re going to show you how to flash TWRP on an android phone:

Ways To Flash TWRP On An Android Phone

1. Unlock Your Device and Check for Compatibility

In addition, keep a lookout on the internet whether a version of TWRP is available for your phone. Doing a quick research on the TWRP website and XDA Developers will help you in finding the right version. There have been issues when some new phones like the Nexus 5X came encrypted by default. When a version of TWRP was released for the Nexus 5X, it did not come with support for encrypted phones. This meant that Nexus 5X users either had to erase and decrypt their phone before installing TWRP, or wait a few months for developers to roll out an update that would make TWRP compatible with encrypted devices.

Make sure you have an in-depth knowledge of any such device-specific features like this before you start the process. This may also save you from bricking your device.

A software that you’ll need to install on your computer before initiating the process Android Debug Bridge (ADB). Make sure that your phone’s USB drivers on your PC are updated. You probably have this done already, assuming that you unlocked your bootloader the recommended way.

Most importantly, remember to back up all data on your phone that you want to keep. This process, if carried out properly, does not erase the data stored on your phone, but keeping a backup of your photos and other important files on your computer is always a good idea before you make any tweaks with the system.

2. Enable USB Debugging on Your Device

Next, you’ll have to manually make a few changes on your phone. From your phone’s app drawer, click on the Settings icon, and then select “About Phone”. Scroll down right to the bottom and then tap the “Build Number” icon seven times. If everything goes right, you’ll get a message saying that you are now a developer.

Also read: 2 Quick Fixes On How To Fix Ubuntu Not Booting

Now go back to the primary Settings page, and you will now see a newly enabled option near the bottom called “Developer Options”. Access that, and click on “USB Debugging”. You may receive a prompt asking you to input your password or PIN. Once you’re done with that, plug in your phone to your computer. You shall now see the popup entitled “Allow USB Debugging?” on your phone. Tick on the “Always allow from this computer” box and tap OK.

Next, access TeamWin’s website and click on the Devices page. You can search for your device here. Once you find it, click on the link to see the TWRP downloads available for it. This page will usually contain any device-specific information that you will need to know. If you do not understand the meaning of a term, you can look it up and learn more about it by going through the XDA Developers forum.

Now, go to the “Download Links” section on that page and download the TWRP image. Copy and paste it in the folder that you have ADB installed and rename it to TWRP.img. This will make it a bit easier for you to input the install command the next time.

4. Reboot Into Your Bootloader

To flash TWRP on an android phone, you’ll have to first boot into your phone’s bootloader. This process differs for every phone, so googling up the instructions for your specific device would be a good idea if you do not know-how. Usually, it works on most phones by first turning them off, then holding the “Power” and “Volume Down” buttons for 10 seconds.

Once you enter bootloader mode, connect your phone to your PC with a USB cable. You should get a notification on your phone that the device is connected. Switching to your computer, open the folder in which ADB is installed and Shift+Right Click on an empty space. Now click on “Open a Command Prompt Here”. Run the following command: fastboot devices

You should now get a serial number, which indicates that it has recognized your phone. In case it doesn’t, go back to the previous steps and recheck whether you’ve done everything properly.

Once your device is recognized by fastboot, you can flash TWRP. Run the following command: fastboot flash recovery TWRP.img

If the process is successfully complete, you should see a success message in the Command Prompt window.

After the process is complete, unplug your device and scroll to the “Recovery” option in your bootloader. Your phone should reboot into TWRP.

You’ll now see the TWRP main screen. From this menu, you can create “Nandroid” backups, flash ZIP files like SuperSU, restore a previous backup, or flash custom ROMs, and many other tasks.

After you’ve made your first backups, you can freely explore TWRP; do tasks like rooting your phone, flashing a new ROM, or booting back into Android. Do remember to back up your device before doing anything else in TWRP.