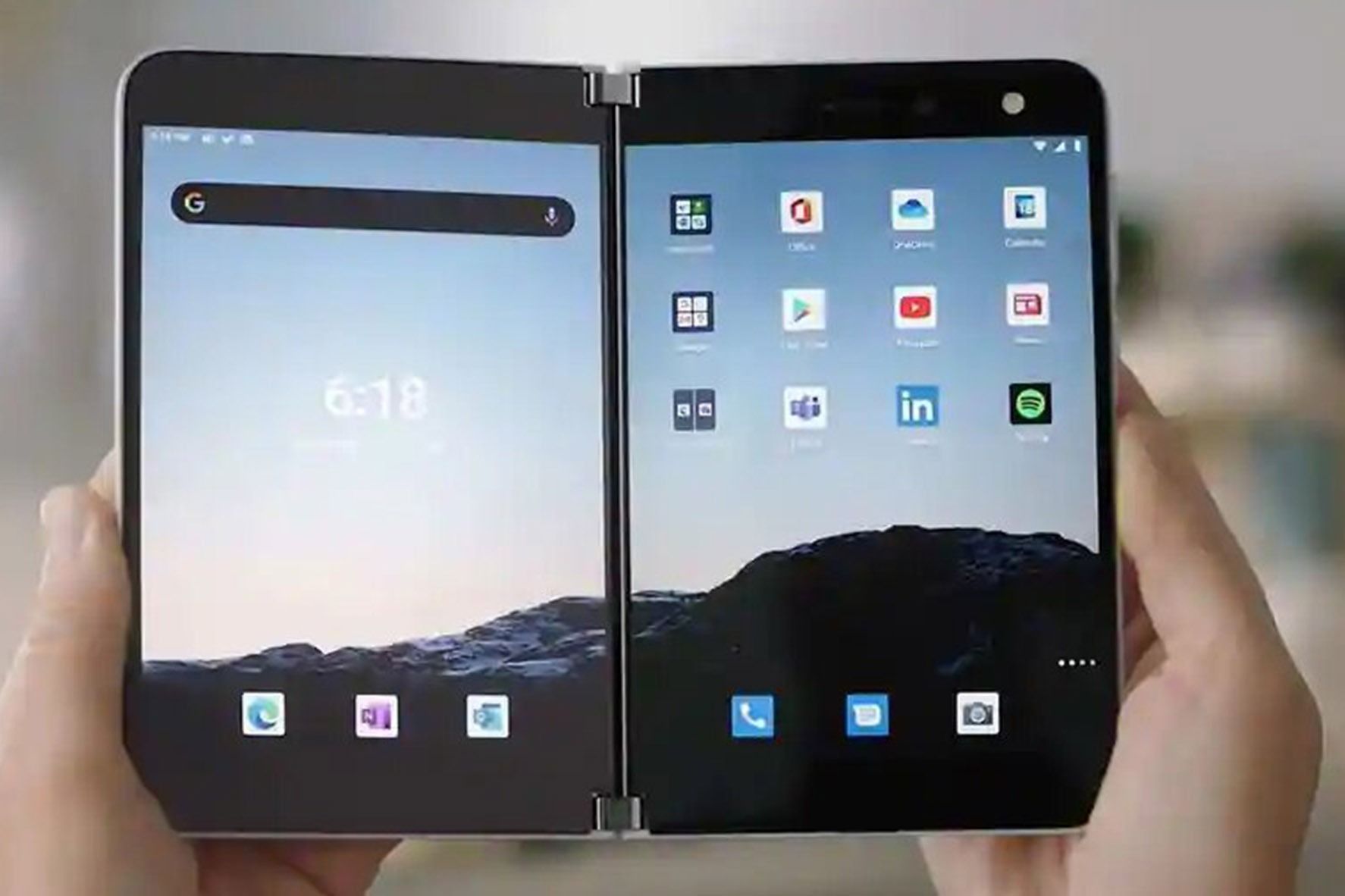 As smartphone screens get bigger and better with time, smartphone makers are seeking out new and innovative designs, like dual-screen smartphones, to fit in more display space on their latest groundbreaking device. This naturally paved way for the much-coveted dual-screen design, the prototypes of which have featured on sci-fi and future-based flicks for ages.

The very idea of breaking away from the traditional design of smartphones is quite recent, as smartphone manufacturers who tried to experiment with new designs almost always failed in the highly competitive smartphone market. And with features like processing power, battery longevity, and camera quality being the primary outlook for the average customer while buying a smartphone, innovations in the field of design almost came to a standstill.

Smartphone manufacturers opted to work on improving existing form factors rather than implementing new designs, as this was the safer option in a turbulent market. This attitude is now changing with the advent of the dual-screen smartphones

Unknown to many, the first commercially available dual-screen smartphone was launched back in 2015 in North America by a company called CRBT Siam. The Siam 7X was the first of its kind, sporting a 5.0 inch 1280×720 px FWVGA HD IPS multitouch display on the front, and a 4.7 inch 960×540 px FWVGA QHD E-Ink Paper touchscreen on the back. Though the phone was one of its kind, it failed to make an impact on consumers with lower than average sales.

As one can expect from the first generation of any new technology, these devices came with their own hardware and software support issues, reducing them to gimmicks rather than devices that can be put to productive use. Smartphone users soon rolled out newer, improved models, resulting in 2020 teeming with a new, futuristic breed of smartphones that are stunning to look at and have real, productive uses for the dual/foldable screens.

Android has also rolled a feature called “Screen Continuity”, which saves developers a lot of time in optimizing their apps to support dual-screen functionality. Using this feature, apps can seamlessly switch to and from different screen sizes. Google is already encouraging developers to implement similar features like Multi-Resume and Multi-Display support to their apps to smoothen out the transition to dual-screen smartphones for the average user. Further software support can be expected in the upcoming Android Q beta.

With smartphone manufacturers and developers investing heavily to improve dual screen compatibility, we can expect to see a new era of smartphones in the upcoming years. The concept to enlarge the screen while using particular apps is particularly alluring, to say the least.

Top 5 Dual Screen Smartphones to Look Out for in 2020

Galaxy Z Fold 2 is the second-gen Samsung’s foldable dual-screen smartphones, featuring a 7.6-inch QXGA+ (1768 x 2208) Dynamic AMOLED display with a 120Hz refresh rate. Samsung’s Infinity Flex Display folds in half into a 6.23-inch screen on the surface. The upgraded model features a bigger cover panel than the original. The smartphones run on Samsung’s OneUI 2.5 based on Android 10 with tailored software tweaks.

The Qualcomm Snapdragon 865+ SoC paired with 12GB of RAM and 512GB storage lands this smartphone in the flagship section in terms of processing power. The smartphone’s powered by a 4,500 mAh battery.

The dual-screen smartphones boast a rather unique camera set up – On the rear, there is a 12MP (f/2.2) ultra-wide camera, a 12MP (f/1.8) wide-angle camera, and a 12MP (f/2.4) 2x telephoto sensor. On the inner screen, there is a 10MP (f/2.2) camera embedded screen. There have been delays in the launch of this much-anticipated improvement of its flawed predecessor; speculations say that the release date can be expected to be around early to mid-2021.

Microsoft’s Surface Duo are yet another compelling dual screen smartphones. Unlike the Samsung Flip, this does not feature a foldable display but clamps in two different screens on either side of a patented and slim hinge that rotates 360-degrees. Microsoft has promoted the idea of freely multitasking on two different screens simultaneously as thoroughly appealing, and this makes the Surface Duo an enticing choice.

Huawei Mate X is a 6.6-inch full-screen smartphone that transforms into a 5.4mm thin, eight-inch tablet. This essentially doubles the viewing area of the device as compared to when it is folded. Huawei uses the patented Falcon Wing Mechanical hinge to make sure that the phone can be folded in and out of Smartphone Mode with comfort and ease.

The smartphone houses two battery units, combining a total capacity of 4500mAh with the 55W HUAWEI SuperCharge support. It runs on Huawei’s own Kirin 980 SoC with Balong 5000 5G modem. The phone is shipped with 512GB of internal storage and 8GB of RAM. Owing to the Android ban on Huawei, the phone will run EMUI 9.1.1 which is heavily based on Android 9.

A triple camera setup powered by Leica Optics acts as both the front and back cameras. The primary cameras comprise a 40MP wide-angle lens, a 16MP ultra-wide-angle lens, and an 8MP sensor (telephoto). The ability to use the primary camera for clicking selfies brings in a ton of possibilities, such as shooting front-facing videos in 4k 60fps that were previously impossible to perform on secondary cameras.

The fan favourite Moto Razr 2019 has a 6.2-inch vertical Flip-View display with a 21:9 aspect ratio. At the top of this screen lies a notch that houses the phone’s secondary 5MP Selfie camera. At the back, there’s a primary 16-megapixel rear camera, which also substitutes as a selfie camera on folding the phone. The camera software is further enhanced with impressive Night-mode and AI enhancements.

The mini 2.7-inch cover display in the Razr’s folded state is called a Quick-View display, which is reminiscent of the retro design that Moto sported on its hugely popular foldable mobiles. It’s used for an instant glance at notifications, sending preset quick replies, a display to control basic music playback, etc. The Razr is powered by a 2510mAh battery that supports 15W fast charging.

This is a phone to keep eyes out for, as Chinese giant Xiaomi intends to mass-manufacture its foldable device, bringing it down from the premium segment into the hand of the average consumer. A double-folding smartphone used by the company president and co-founder Mr Lin Bin in a video caught the eye of tech enthusiasts. On folding the display from left to right, it transformed into a smaller form factor like a phone. We can expect to hear further announcements from the company in the upcoming days.

Any new technology undergoes technical and implementation hurdles in the initial phase, but the current scenario translates to the worst being over for foldable phones. Hence, we can safely predict that the upcoming decade will herald a new era of smartphones, the era of dual-screen smartphones.