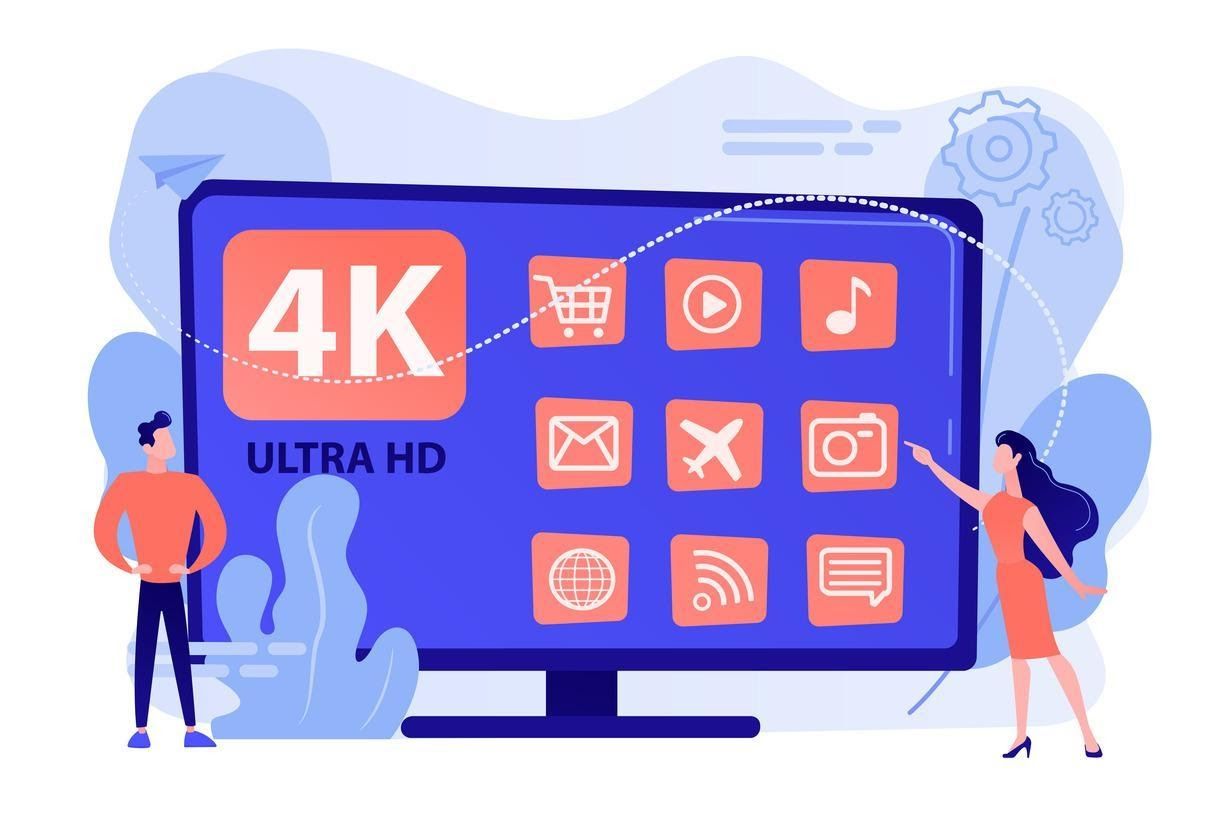 Over the period of time, the television manufacturing industry has made a lot of developments to give its users the best experience. From LCD to 4K resolution TVs, better resolution updates have replaced the previous ones easily. As the 4K resolution replaces HD TVs in our homes, television industries have already introduced the world to terms like “Ultra HD upscaling” or UHD.

Some of you might have even heard the term 4K upscaling. But what exactly is 4K upscaling? 4K televisions have a resolution of 3840 x 2160 pixels, which equates to eight megapixels. And that is 4 times more than what you get to experience in Full HD TVs. In short, you get to experience a high-quality screen image resolution with much more details on your TV.  However, a few of you might have noticed that some 4K TVs are underwhelming.

This is where 4K upscaling comes into the picture, which to some extent all 4K TVs will have. 4K Upscaling isn’t some unique feature, it just allows the 4K TVs to work with lower resolution video formats like 1080p and 720p. This makes high-definition and standard-definition TV channels, DVDs and streaming video look better when they are bigger. In this article, we will walk you through some of the best upscaling 4K TV and even explain to you the difference between native vs upscaled 4k TVs.

Here are some of the best high-definition and standard-definition TV channels:

If you are a gamer and want to have the best experience while gaming then LG C1 OLED Series is the one for you. Although there are higher resolution LG TVs available, the LG C1 OLED Series is one of the best Upscaling 4K TV. It uses an Alpha A9 Generation 4 processor, which allows it for better upscaling. This television has virtual surround sound audio and four separate HDMI 2.1 ports are available in it.

Read also: 5 Lightweight Gaming Laptops That Every Avid Gamer Should Use

It is ready for the PS5, Xbox Series X, Xbox Series S. It can even handle the upcoming next-generation consoles. To win the hearts of gamers around the world it has the new Game Optimiser menu. This will let the gamer adjust the brightness, contrast, and VRR quickly. The LG C1 OLED Series offers the best performance and is worth every shilling.

Sony A8 OLED has a very good picture performance and direct sound system. Which makes this TV the best TV if you are a home cinema fan. This TV holds Sony’s top processor, the X1 Ultimate processor. It carries Sony’s Pixel Contrast Booster that gives out more intense image highlights. The Sony a8 also uses a new OLED version of the X-Motion clarity feature. As much audio is concerned, with just a couple of quick test pulses you will be able to optimize the TV’s sound to your room. The Sony A8 OLED uses its customary Acoustic Surface Audio system, which is joined by two bass systems.

The TCL 6 – Series QLED with MiniLED (R635) is brighter and more colorful when compared to the previous versions. Moreover, this TV doesn’t even bleed light or doesn’t give a single hint of haloing. This TV has a new design such that it hides your cables. It carries THX Certified Game Mode for 1440p / 120Hz gaming inside it.

The TCL 6 – Series QLED with MiniLED is perfect for those who love to binge-watch Netflix, stream HULU. Even if you want a TV just for the best viewing experience then this one is for you. However, this is not the perfect partner for gamers with Xbox Series X or PS 5.

Hisense’s H8 Series has offered a high-quality TV at a very reasonable price. The Hisense’s H8G Quantum Series of smart televisions have all the features that other brand’s high price models possess. The Hisense H8G Quantum Series gives high performance, brightness, binge-watch and color at a budget price. This 65-inch television is a smart TV that is powerful, flexible, and useful at the same time.

The 4k resolution provides high-quality images to its users with much more details that can be noticed. The Hisense’s sound is easy to hear and is clear, however, it’s not that loud. But, it shouldn’t be a concern if you want a high featured TV at a budget price.

The Vizio P-Series Quantum X is an impressive TV. It is capable of lighting up any room with 2000 units of peak brightness. It has a combination of brightness of both OLED and the best black level OLED. This TV is also a great match for Xbox Series X and PS5 with 4k/120hz support which any gamer would enjoy. It also carries auto-low latency mode and responsive 13ms lag time.

There has been a great amount of debate about Native Vs Upscaled 4K TVs. And a lot of electronic stores have been misinforming their customers regarding the same. Upscaled 4K is simple. Put it in simple words, it just means a source that is mimicking the 4K resolution without the real source being 4k. For video games, which quadruplicate a 1080p game it might come out badly. It is not always accurate. Sometimes it has missing pixels which cause blurriness. 4K Upscaling won’t improve the image details to a great extent.

Whereas the native 4k is nothing but the real source that’s already at a 4K standard. It gives a crispy high-resolution image. It’s accurate and will be bright and colorful. A native 4K standard television will also give high detailed images to the viewers.