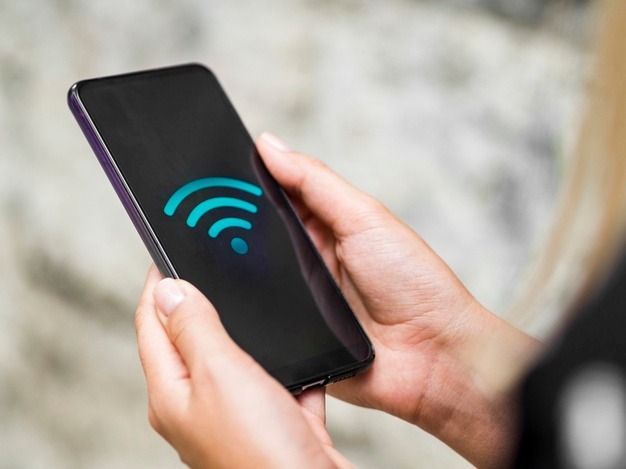 What is the Wi-Fi Channel Scanner? Basically, the Wifi channel Scanner is a free Wifi network scan tool, it helps you to quickly search and identify Wii hotspots across you. It will give the user all the important information related to the Wi-Fi network which includes network name [SSID], signal quality, channel, authentication algorithm, cypher algorithm, MAC address, and many more.

Users can choose using the Wifi channel scanner the most stable wireless network, also can view real-time signal quality for the current network or Wifi hotspot.

A Wi-Fi signal can occupy several channels, if multiple wireless routers broadcast on the same channel which is the same frequency, the transmission data might interfere with each other, this is called “Channel Conflict“, you have an option to change the WiFi channel number to avoid interference. The wrong channel settings will not allow the wireless network to get connected or will show a poor signal.

This software is a suitable scanning tool, it can quickly navigate all available Wi-Fi signal channels. By using it, you can select the best Wifi Wireless channel number for your wireless routers and will improve the speed of your wireless network.

If you are the one who lives in a flat or a colony, you must have noticed that the passive-aggressive network IDs that your neighbors or friends use are more likely to have problems with your wireless connections dropping out, or maybe the strength is not as strong you might expect. This is mostly due to the Wi-Fi channels in your area.

If you are on the same Wi-Fi channel as many of your neighbors, you’ll likely experience a lot of intervention with their networks—so it’s best to choose a different channel with fewer people on it. When you do that, you’ll reduce that intervention and hence will improve your Wi-Fi signal. In this way, you can have your best Wi-Fi channel scanner.

Also read: The Most Useful 5 Gadgets To Have During The Time Of Pandemic

The first step which we would suggest is, to find out which channel is least congested or in other words is least populated with several users in your area. These tools will help you to identify which nearby networks are using which particular channels.

We would recommend inSSIDer for this on Windows whether it is 7,8 or 10, but now it has become paid software. You might not want to pay $20 for checking out the best Wi-Fi channel scanner so instead of paying this much amount, you can go for the free alternative.

Also read: Want To Remove Subtitles from MKV Video Files? Here’s What You Need to Know!

Xirrus WiFi Inspector is a very powerful tool but we liked NIrSoft’s WifiInfoView instead due to its simple interface which does the job and it doesn’t need any installation at all. You have to launch the tool, place the Channel header, and tap it to sort by Wi-Fi channel. Here in this, we can see that channel 6 looks a bit cluttered or occupied— we might want to switch to channel 1 instead so that we can have a better network.

It’s hard to believe but, macOS also has this feature desegregated. To have an access to it, press the Option key and tap the Wifi icon on the menu bar at the top of your screen. check “Open Wireless Diagnostics.”

You can ignore the wizard that appears. Instead of that, you can click the Window menu and select Utilities.

Check the Wifi Scan tab and tap Scan Now. The “Best 2.4 GHz Channels” and “Best 5 GHz” Channels” fields will then recommend the absolute Wi-Fi channels you should be using on your router and hence, you would be able to find the best Wifi channel scanner.

In case if you want to search for Wi-Fi channels on your phone instead of your PC, the best application we’ve found for you is Wifi Analyzer on Android. You just have to install the free app from Google Play and launch it afterwards. You’ll see an overview of the wireless networks in your area and which channels they’re particularly using.

Tap the View menu and select Channel rating. The app will display a complete list of Wi-Fi channels and a star rating — the one having the maximum stars is the best. The app will literally tell you which Wi-Fi channels are suitable for your Wi-Fi network, so you can go directly to your router’s web interface and choose the one which s suitable for you.

This isn’t possible on iPhones and iPads unfortunately. Apple restricts apps from accessing this Wi-Fi data directly from the hardware, so you can’t get access to this app like Android’s Wifi Analyzer on Apple’s App Store.

If you somehow jailbreak, you can then install an app like Wifi Explorer or WiFiFoFum from Cydia to get this functionality on your iPhone or iPad. These tools were moved to Cydia after Apple booted them from the official App Store.

You probably wouldn’t like to go through the trouble of jailbreaking just for a Wifi channel scanner, so you can use one of the other tools here.

Now, you know how to find the best Wifi channel.

So, now we know that how we can navigate the best Wifi channel scanner. These were some of the best applications or software which you can use to have access to a hassle-free usage of the internet. We hope you liked this article.